A file photo of the Ambev plant in Jaguariuna, some 125km from Sao Paulo. Photo: AFP

The new beer, Colorado Amazonica, will be priced according to the rate of deforestation in the world's biggest rainforest, the company said in a statement.

"When deforestation decreases, the beer will get cheaper. The less forest, the more expensive it will be," said the firm, part of AB Inbev, the world's biggest brewer.

All proceeds will be donated to a network of indigenous communities, local residents and family farmers in the Amazon region, it added.

A craft-style wheat beer spiced with a blend of ingredients from the Amazon, Colorado Amazonica is being sold exclusively online for now.

The initiative comes as Brazil's President Jair Bolsonaro faces mounting pressure, including from the business world, to act against rampant deforestation in the Amazon.

Since taking office in January 2019, the far-right leader has presided over a surge in deforestation and wildfires in the Amazon, a vital resource for curbing climate change.

Deforestation of the Brazilian Amazon increased 85.3% in Bolsonaro's first year in office, to 10,123sq km of forest – nearly the size of Lebanon.

This year, the rate has decreased from last year's record-breaking level, but only by about five per cent so far. – AFP Relaxnews 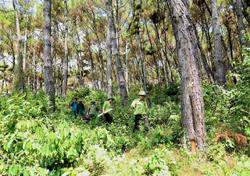