One of Mohd Farid Adam’s favourite treats is the beef noodles he has enjoyed since young. The stall’s locations have changed over the decades, but they keep going back for 72-year-old Foo Thiang Hoe’s noodles.

“My father used to take me for his beef noodles, but at that time the stall was elsewhere.

“I continue to eat here on my free days and our family still comes often, ” says Farid, 34, who has been a loyal customer for 20 years.

He lives in Kepala Batas but goes regularly with his wife, Norhaniza Md Salleh, to Foo’s noodles shop, Meng Chai, in nearby Butterworth, Penang.

“I inherited my father’s beef noodle business, which he started in Bukit Mertajam in 1950. Back then, we were the only stall selling beef noodles and people of all races came to eat it, ” recalls Foo.

It so happened that the Hainanese restaurant next to his, Sin Bee Chew, which first opened its doors in 1945, also caters to a multiracial clientele.

On Facebook, many customers write about eating here with their parents and grandparents. Many customers have eaten at these halal eateries for generations, so trust and ties have been built over the decades and across generations.

There is also another beef noodle shop next to Meng Chai, called Luan Fong. The proprietor took over the noodle stall there which used to be operated by Foo until he moved to open Meng Chai in 2015.

Luan Fong started in 1959, selling toasts and drinks, which they still serve to faithful regulars.

That’s how the three muhibbah eateries run by Chinese proprietors on a quiet street in Bagan Luar came to be. Many customers have eaten at these halal eateries for generations, so trust and ties have been built over the decades and across generations.

“Monday to Sunday, I eat here. It’s almost a way of life now. If one shop is closed, I will eat at the other stall next door.

“Although some see both shops as competitors, they are friendly and we treat each other like old family friends.

“I used to bring my children here. But now they’re grown up and working, so I bring my grandchildren, ” says Rosnah.

She says while her family and the stalls have grown together, the taste and experience of dining there have remained unchanged. 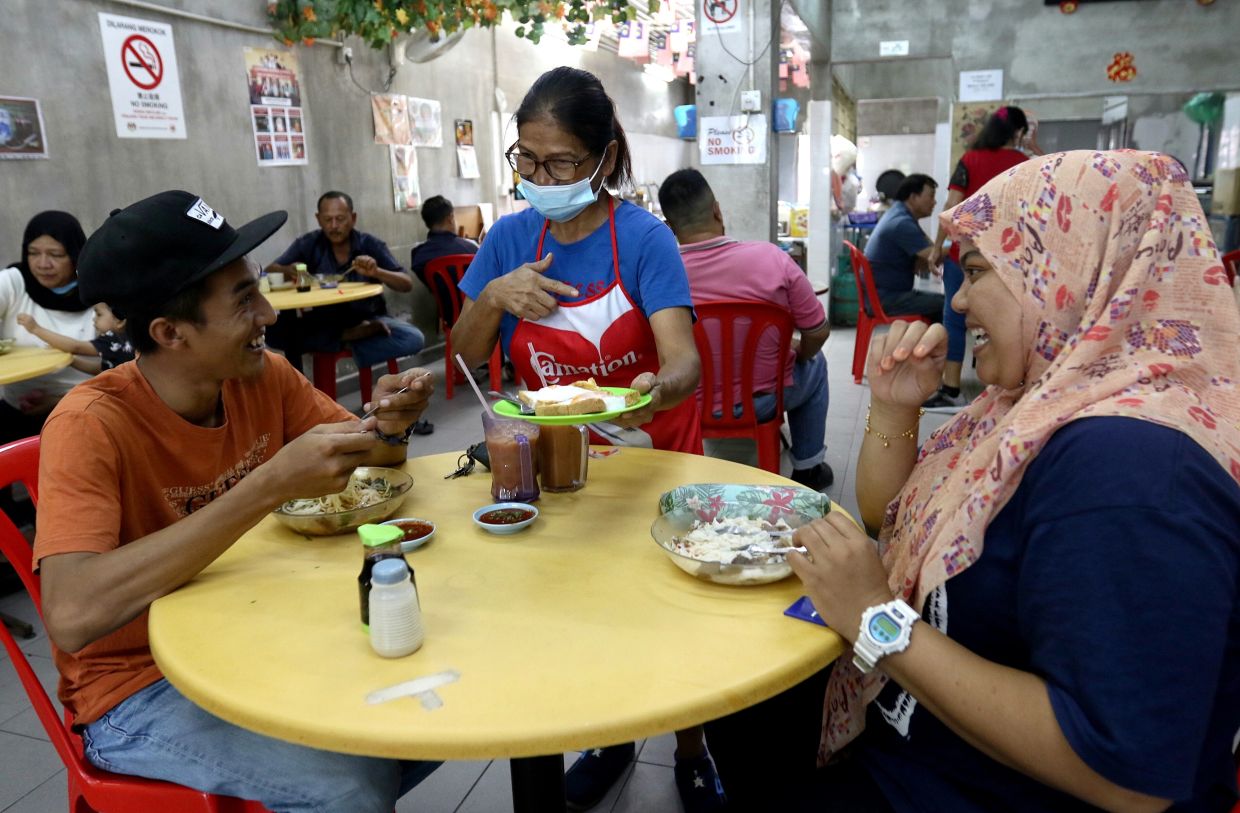 Mohd Farid Adam, 34, (left) whose dad used to take him along for beef noodles when he was a boy now dining with his wife Norhaniza Md Salleh, 33, at the restaurant in Bagan Luar, Butterworth.

“Till this day, the owners are attentive to the quality of their food. If we do not finish our bowl of noodles, they will walk over and ask if there was anything wrong with the serving, ” she adds.

Businessman K.S. Sugumaran, 52, who was born and raised in Butterworth, is also a regular customer but he goes to these shops for toast and coffee.

“Every bite of fresh bread toasted with kaya and butter is a walk down memory lane.

“Whenever I’m working, I bring my clients and friends for meals here for them to experience Butterworth’s heritage, ” he says.

Business is not as good as it was in the 1990s, however, as things have quietened down a lot in Butterworth, which used to be the busiest town on the Penang mainland.

But Foo, who is assisted by his brother Foo Piang Nam, 60, says they want to keep going.

“We still have loyal customers and the town needs us to keep people moving about.

“Hopefully more economic activities will return and rejuvenate this town, which still has a lot of potential to offer, ” says Foo who enjoys the camaraderie with his customers. 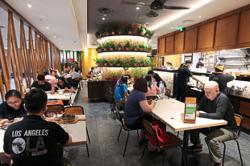 Pho the love of beef noodles 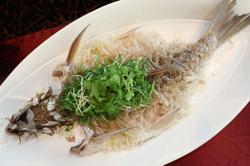