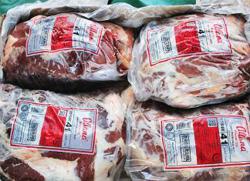 It doesn’t matter that the takna’ can sometimes take up to two days of singing.

Adrian, who has Kayan heritage, comes from a new generation that is taking these traditional art forms to the masses. He is keen on sharing them in his performances, be it in villages or arts festivals.

The Bintulu-raised young man says these stories and songs embody “peoplehood” and identity.

“They remind us of the sense of community which I think is one thing that we lack these days, ” he says.

“To be honest, I do enjoy the audience’s reaction, especially here in Sarawak, when they see me going on stage to perform instead of an old person, ” admits Adrian, the community manager of Miri-based community arts management outfit Tuyang Initiative.

With parap and takna’, says Adrian, the storytelling language also encompasses all the Kayan dialects.

These oral traditions are rooted in tradition, history and culture, which Adrian was exposed to at an early age. 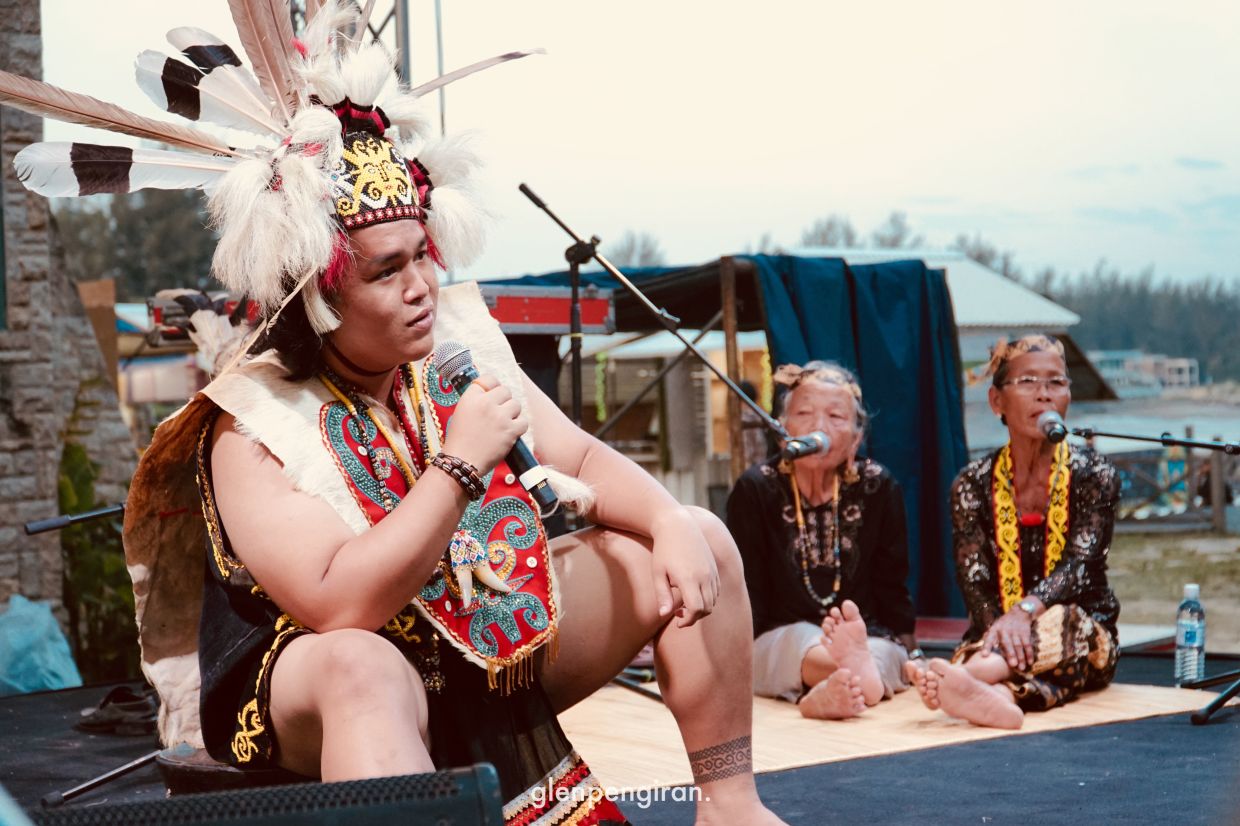 “I want to share with others that no matter where we are or where we go in life, we must always remind ourselves of who we are, ” he says.

His own journey began nearly 10 years ago.

After having a vivid dream when he was 13 and told by his grandmother that he had been chosen by the spirits, Adrian entered under her tutelage to learn parap and takna’.

In his capacity as a live performer, Adrian wants to introduce these oral traditions to a broader audience in Malaysia.

He enjoys performing in the Klang Valley, and the public response to the Sarawak-influenced Kelunan show in Petaling Jaya, Selangor last year, has given him enough reason to believe that parap and takna’ are art forms capable of reaching a new audience.

“It is important to know our ancestral knowledge and to share it. It is still relevant in today’s context, ” he concludes.

Tales through the generations

The pandemic might have ruined Tuyang Initiative’s big year, which was supposed to include a South-East Asian and Japan tour. But it didn’t lose hope in sharing stories about Dayak culture and tradition.

During the earlier stages of the movement control order (MCO), it took to social media with a weekly series of Sarawakian folk tales concerning a greedy, durian-loving boy named Ditut; a Penan folk tale about Kangkaput, a bird beloved by all that decides to fly away and never return; and an Iban story about Apai Saloi, a man whose life took a twist, having thought to be a descendent of the deities.

Tuyang Initiative decided to compile some of these stories in a self-funded children’s book Dayak Lore: A Collection From The Indigenous People Of Sarawak (Borneo), which is due later this month. 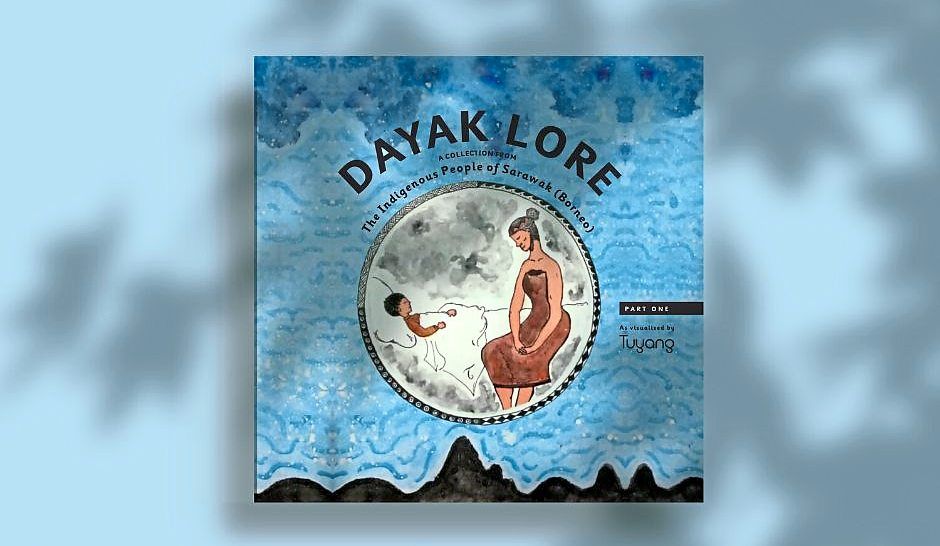 The book cover for 'Dayak Lore: A Collection From The Indigenous People Of Sarawak (Borneo)'. Photo: Tuyang Initiative

For Juvita Tatan Wan, Tuyang Initiative’s co-founder, this book project has been a positive development in a difficult year.

It is a way to document these oral stories (from across Sarawak) and share them with the younger generation in Malaysia and beyond.

“These are tools to guide us, help us maintain our cultural identity as Dayak people. Due to systemic problems and circumstances, we have been made to assimilate into mainstream culture, and we drift further and further away from our origins, ” says Juvita, 35.

“When you move too far away from your roots, you can’t help but feel out of place in this world, a certain kind of conflict within ourselves.

“Knowing and understanding our roots and origins will hopefully help us better navigate this strange world. It’s like having an innate compass, ” she says.

She adds that this is also an opportunity for Malaysians outside Sarawak to know more about the Dayak culture.

“There are very few avenues to read or hear stories as told directly by members of our communities.”

The share of proceeds from the Dayak Lore book will be distributed to all cultural practitioners involved in its creative development.

From describing village life in his award-winning Land Below The Wind to Puteri Gambus, which tells of Dang Sitra’s (traditional) lute playing skills, Awang Fadilah has mined Sabah culture, traditions, music, heritage and the state’s natural world to add a distinct Bornean feel to his books.

“I see this as an important work as I get to introduce and educate others on local traditions, flora and fauna and all things cultural that makes Sabah unique, ” says Awang Fadilah, 48, a self-taught artist. 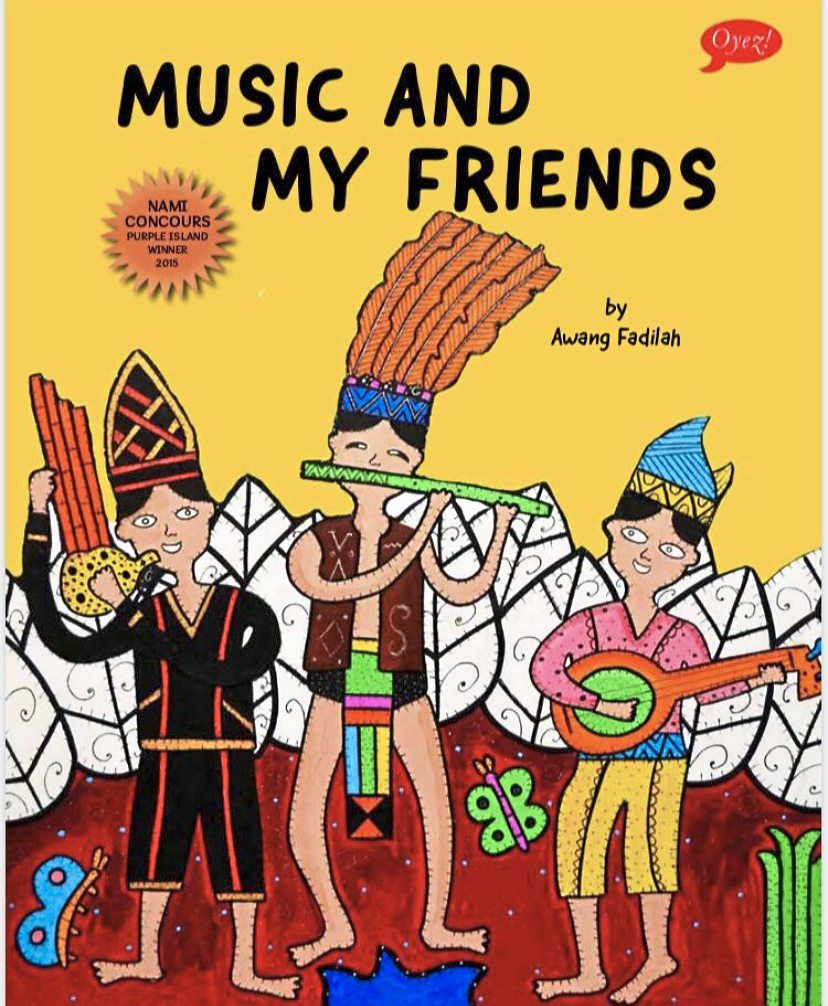 He started illustrating children’s books in the late 1990s and has six books to his name, including this year’s Music And My Friends. As an artist, Awang’s versatility can be seen in his detailed B&W ink drawings in Land Below The Wind while his naive art style comes to the fore in Kucing Borneo, published by Galeri Petronas.

Awang Fadilah, who hails from Kampung Masjid Menumbok, Kuala Penyu (about two hours away from Kota Kinabalu), currently has his eye on introducing Sabah’s diverse traditional music and instruments in Music And My Friends. The book features Awang’s lively art, which highlights the sompoton (bamboo pipes), gambus and seruling. There are also three characters in the book, who hail from the Brunei, Murut and Kadazan ethnic groups.

“I see myself as a mini ambassador to promote my homeland to Malaysians and international audiences.

“Hopefully, they get to know more about all things Borneo through my drawings, ” says Awang Fadilah.

Sabahan comic book artists Kwan Thung Seng and Robertson Sondoh Jr, who has Kadazan heritage, have had a memorable year with the release of Legend Of Ancient Borneo, an animated short film which was streamed in May.

The short was based on their independent comic book. Legend Of Ancient Borneo features warriors with superpowers, mythical creatures and sacred forces. All the makings of an epic fantasy.

“We wanted to make an epic story similar to The Lord Of The Rings in an old Borneo setting, ” recalls Robertson, 40.

Using the Dragon Of Mount Kinabalu tale as one of their main inspirations, they completed the comic in 2016 and it was picked up by Sabah-based All-For-One Productions (AFOP) in 2017. 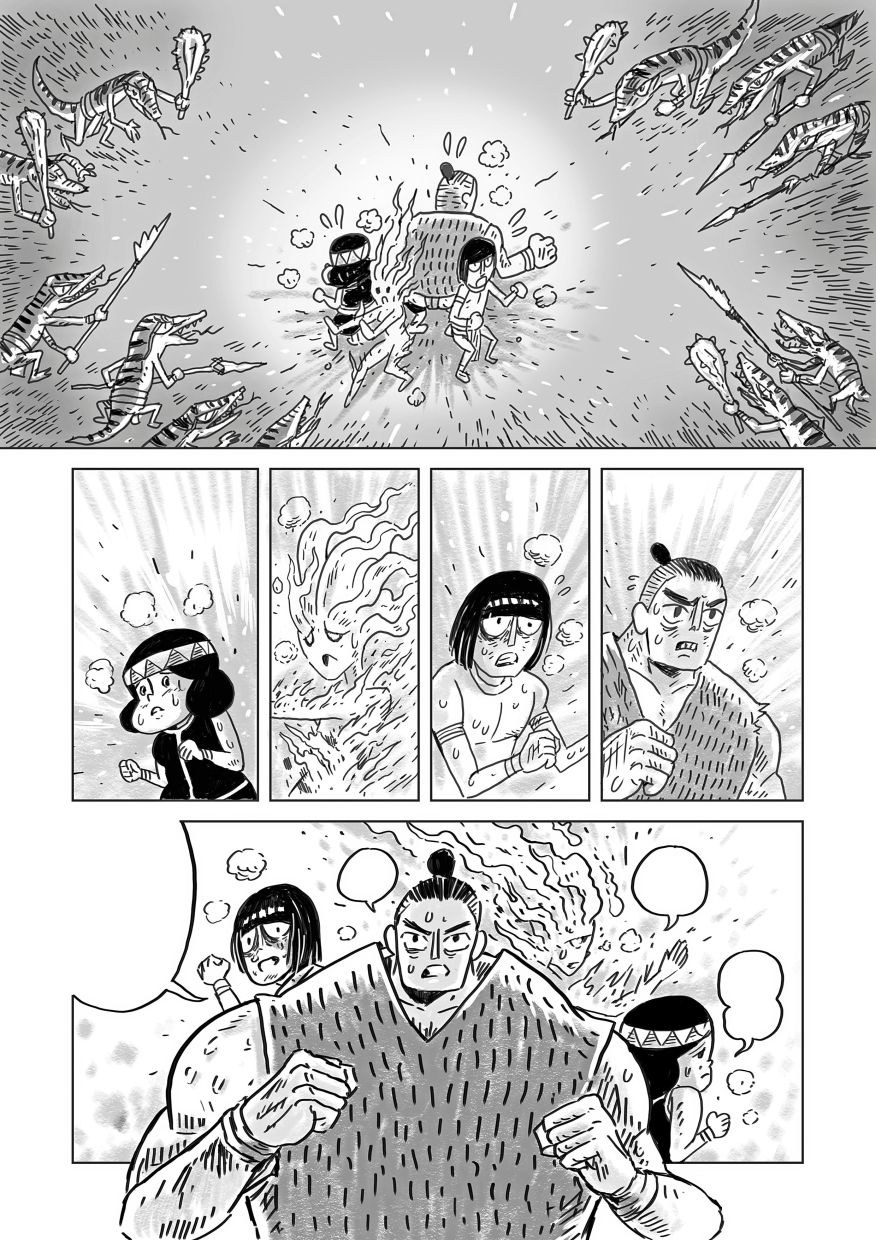 A page from Kwan and Sondoh’s 'Legend Of Ancient Borneo' comic, which inspired an animation short. Photo: Kwan Thung Seng

“Borneo consists of Brunei, Indonesia, Sarawak and Sabah. Many don’t understand the island of Borneo. So, we wanted to introduce these legends and stories so that more Malaysians are exposed to our folklore and culture, ” adds Kwan, 50.

The animation short is told entirely in the Kadazandusun language, a first in the country’s animation history.

The film was completed in June last year and the short feature has travelled around the world at various festivals.

“We believe animation and digital creative content based on local cultures can be one of the ways to connect future generations to their own roots, and also give more exposure and awareness on Bornean culture to Malaysians and the rest of the world, ” says Geoffrey Sinn, AFOP’s co-founder and the film’s director.

He reveals that his studio is developing an animated series based on the Legend Of Ancient Borneo movie, which is slated for a 2023 release.

As for the Legend Of Ancient Borneo comic book, Robertson reveals the duo are working an expanded version of the title (now out of print), with an expected 2021 release date. 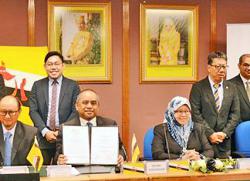