Experts say loneliness among Japanese seniors can be lessened with the use of modern means of communication as more old people are able to handle such devices. — dpa

Kodokushi, or the “lonely death”, has long been a serious societal problem in Japan, a country known to have one of the world’s biggest populations of elderly people.

But now the coronavirus outbreak is causing growing concern for the millions of seniors living alone across the country.

According to estimates, around seven million senior citizens now live alone in the world’s third largest economy. Experts are calling for increased assistance for the care of these elderly people.

However, due to restrictions on visitations during the pandemic, it’s often not possible for caregivers to visit the elderly at home to inquire about their condition.

This is fuelling fears that more elderly people will die a lonely death, as the business paper Nihon Keizai Shimbun noted in a recent report.

No other industrialised country is ageing as fast as Japan, due to its low birth rates.

More than a quarter of the population is now over 65 years old.

At the same time, the increasing migration of young people to large cities such as Tokyo is leading whole swathes of land to slowly die out, with only elderly people remaining.

The state recently promised financial aid to the local self-governing bodies that look after these people.

During the pandemic, health officials have been making efforts to keep in touch with the elderly by telephone and to get updates on their well-being.

According to experts, more use should also be made of modern means of communication such as tablet computers and video calls, especially as more old people are able to handle such devices.

At the same time, the state is calling on the elderly to become more aware of what they can do to improve their health and avoid risks, such as avoiding large crowds, going for walks and maintaining a balanced diet. – dpa 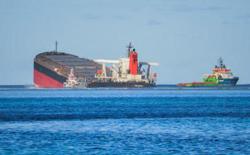