It can be intimidating being the sole woman at the weight section but that didn't deter Ng from lifting weights. Photo: Art Chen/The Star Location: @theplayground.fit

Ellyse Ng has been eyeing the weight section of her gym for about two weeks now but never dared step foot on it.

“It took a long time before I finally ventured into the weight section. I was at the gym every day and I was just watching and watching. There weren’t any girls there, ” she says.

Ng, who had never lifted weights before, felt outnumbered by the array of muscle bound men grunting and groaning as they wielded their dumbbells every which way.

“One day, I waited until there was nobody there and I finally tried it out.”

To her surprise, after a while, the weight rack and her fellow gym-goers weren’t as intimidating as she once thought.

“Malaysians are very friendly people. If I was struggling with something, someone would come up to me and say, ‘Can I help you?’ That happened 100% of the time.”

A change in mindset, more than the physical change itself, was the simplest yet most crucial step in her fitness journey, Ng discovered.

In an interview with StarLifestyle, the 37-year-old, who has a career in advertising and marketing, recalls getting out of a sedentary lifestyle for the first time and the various mental barriers she overcame along the way. 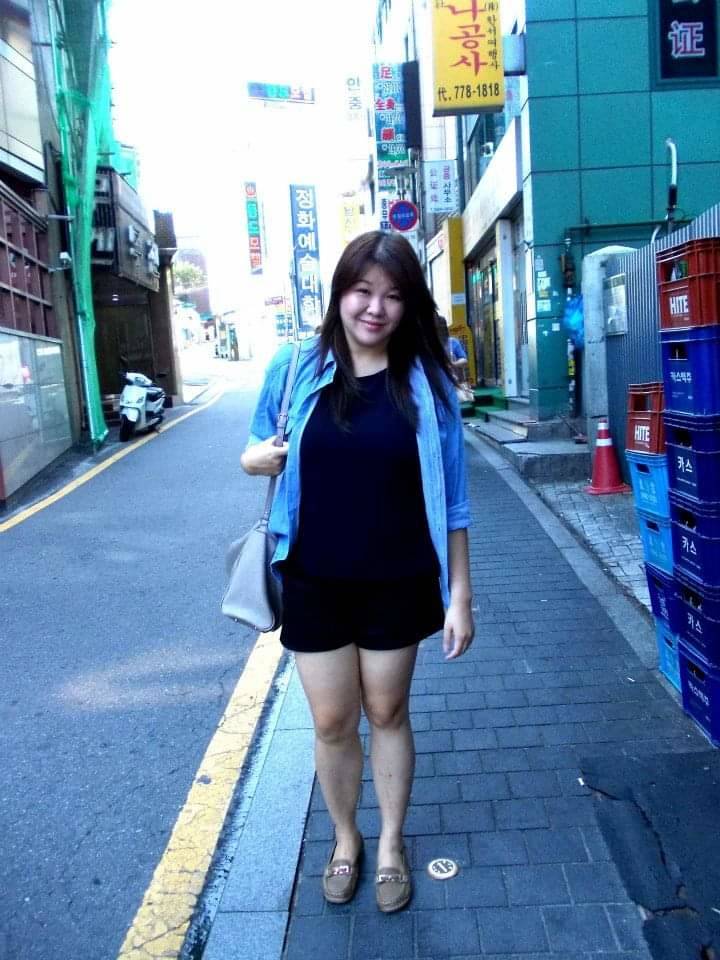 Ng, before she started her fitness journey

One step at a time

Ng recalls she first struggled with her weight around Form Four when she began working part-time at a neighbourhood mall.

“I was always very skinny until I started working. I saw food as a reward after a long day of work. It was also a form of empowerment for me, being able to eat well from the money I earn, ” she says.

Ng carried the same idea well into her adulthood, when she joined the workforce full-time.

She adds she was never physically active: “The only sport I did was bowling in college. I wasn’t even good at it.”

After years of staying sedentary, Ng packed on the pounds. “At my heaviest, I was around 88kg in 2015, ” she shares.

Around 2017, a simple gesture from a friend inspired Ng to take the first step into her fitness journey.

“A friend, who works at a sports brand, runs a lot and I said I want to try it out as well. So one day, he gave me a full set of workout gear including shoes and clothes.

Ng, who has never ran, started running and stuck to it for a year.

“That year, I ran seven 5km races and four half-marathons.”

Ng experienced drastic results. She went from 86kg to 57kg by the end of the year.

“I had skinny legs, skinny arms, everything was skinny. But I felt weak. I was on vacation in Hawaii at the time and I couldn’t even lift my luggage at the airport, ” recounts the 1.71m-tall Ng.

Also read: It took 9 years but he lost 85kg and reclaimed his life

Lifting her way to the top 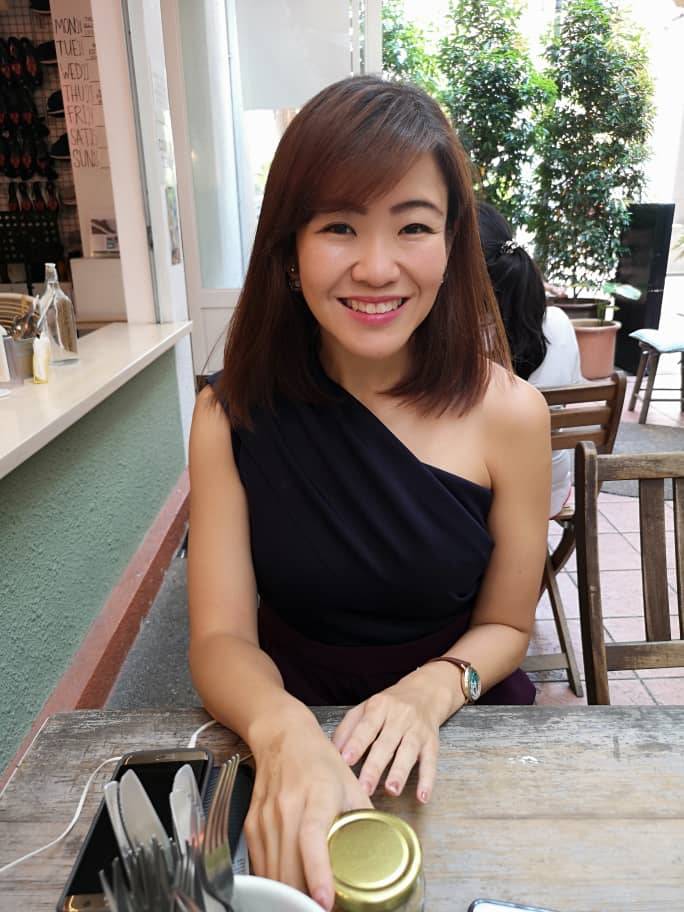 When she went from 88kg to 57kg through running, she felt like the girl in the magazine. But something was amiss.

Spurred by her newfound endurance from running, she was determined to realise a lifelong dream.

“About 13 years ago, after graduation, my friends and I went to climb Mount Kinabalu. I couldn’t even make it to the halfway point. I was so disappointed, ” she remembers.

To prepare for the climb this time round, she decided to incorporate strength training in her routine, despite often being the lone woman at the weight rack.

Besides lifting weights, Ng did high-intensity functional training programmes including CrossFit and F45.

The strength training she adopted during her preparation left her feeling stronger and Ng decided to keep at it, while stopping running altogether.

“The numbers that I look at now are not the numbers on the weighing scale but how much weight I can deadlift, for example, ” says Ng.

Her typical workout spans an hour, five times a week.

As Ng turned her focus to more high-intensity functional training workouts, she experienced a shift in mindset, where her ideal body shape isn’t limited to looking like the girl in the magazines only.

“The 57kg girl earlier wanted to look like a runway model or the girl in the magazines, where everything was long and lean.

“But over time, my heroines have changed. Nowadays, I look to Amira Ayob, the Fittest Woman In Malaysia, who represented Malaysia at the CrossFit Games this year. She’s strong, muscular and confident.”

Ng, who weighs around 65kg now, adds: “ But nobody is wrong here. You strive for whatever shape that makes you happy.” 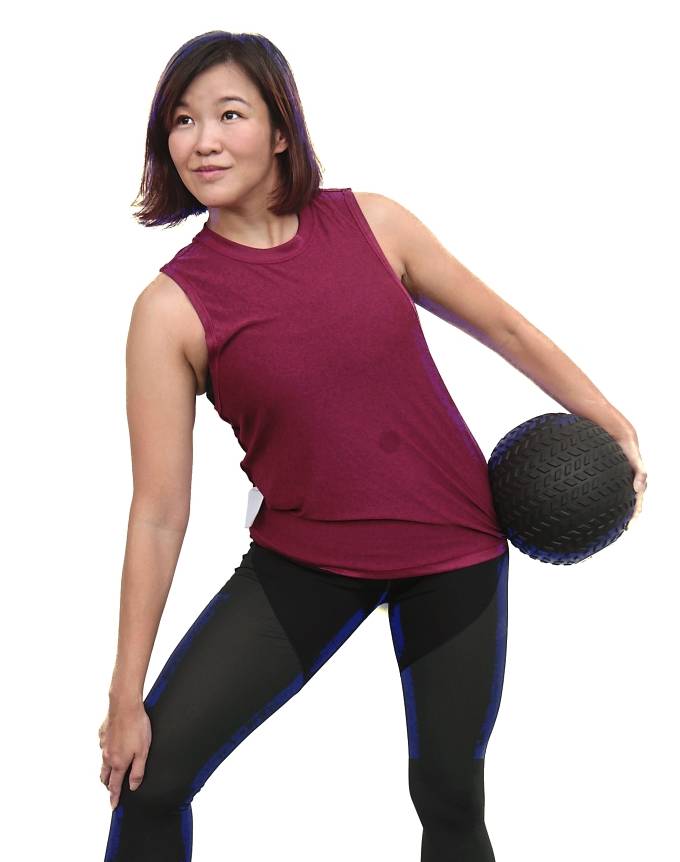 Ng, who is around 65kg now, feels much happier as she feels stronger and more energetic.

Ng has tried a variety of diets over the years.

“A friend introduced me to counting calories once. It was the most exhausting thing I’ve ever done in my life, ” she says.

“I’ve also tried cutting out carbs completely. After two months of not eating carbs, I went crazy on carbs.

“The keto diets, the paleo diets and whatever diets, they will all eventually come to an end and your body will go back to craving for carbs or whatever it is you were refraining.”

Ng has learned not to stop herself from eating anything but to consume everything in moderation.

While food still serves as a form of reward after a hard day’s work, Ng makes it a point to share her food with someone. “I indulge myself, but in smaller quantities.”

She cooks most of her meals at home.

“I do simple dishes like steak and broccoli, or chicken breast and asparagus. I find it hard eating them plain so I cook them with sauces like teriyaki or honey mustard. But I don’t use cooking oil or sugar.”

She also believes social activities do not need to revolve around food all the time. “When we’re feeling bored, my boyfriend and I always say, ‘it’s barbells instead of bars’, ” Ng enthuses.

For those who feel overwhelmed by the idea of exercising, especially for first-timers, she advises people to start with activities that interest them:

Also read: It took 9 years but he lost 85kg and reclaimed his life