Listening to favourite songs from their youth appears to help patients with dementia. — AFP

Music is not just a source of entertainment.

It could also improve the mood and well-being of people suffering from senile dementia.

That's why the Australian start-up Music Health has launched Vera, a platform that offers personalised playlists to seniors who want to delay the effects of cognitive decline for as long as possible.

The app is specifically designed for people with dementia.

The World Health Organization (WHO) estimates that between 5% and 8% of seniors aged 60 and over suffer from this degenerative condition at some point.

Such was the case for the grandmother of Nicc Johnson, one of the founders of Vera.

"My Oma (grandmother) had Alzheimer's at a time when dementia was not well understood.

"It wasn't until much later in my life I learned that dementia is not a normal part of ageing," he explains on the company website.

Johnson and his associate Stephen Hunt hope to help people with dementia and their loved ones fight cognitive ageing with Vera.

The app uses algorithms to create music playlists tailored to each of its senior users.

The goal? To stimulate many areas of their brain and bring back memories.

American researchers found in 2018 that music could improve the mood of people with senile dementia.

To demonstrate this, they had about 30 patients in a nursing home listen to their favourite songs for about 20 minutes.

They observed that participants in the study seemed more present and serene.

They also interacted more with those around them.

Vera hopes to have the same effect among seniors suffering from dementia.

The platform analyses millions of songs from the Universal Music Group's catalogue to identify those that will most stimulate the cognitive system of each senior.

"When someone comes onto the platform, we ask them where they were born and when, and then where they grew up when they were 15 to 35.

"If that was Beijing, it's going to be very different music they were surrounded by compared to someone who was here in the (United) States," Hunt said.

These songs are then divided into three types of playlist: songs to relax, songs to boost energy and songs to reminisce.

Vera is currently available on iOS in the United Kingdom, US, Canada, Australia and New Zealand.

Seniors with dementia or their loved ones can purchase a subscription (monthly or annually) to use it.

However, the app's founders are mainly interested in having it used in retirement homes and other facilities for the elderly. – AFP Relaxnews

Delirium and dementia can be easily confused in the elderly 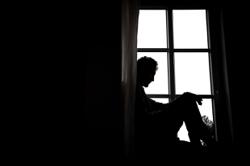 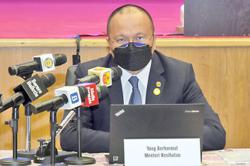 Avoid these Covid-19 rapid antigen test mistakes
Bidding farewell to 'Vital Signs': Final thoughts from our columnist
Latest update on the symptoms and spread of monkeypox
The health and financial costs of not breastfeeding
What is metastatic breast cancer – the type Olivia Newton-John had?
Doyen of psychiatry Prof Dr M. Parameshvara Deva passes on
Retrain your brain to help manage back pain
Treating high blood pressure by burning your nerves
Meal tips to avoid that post-lunch coma while working
Can you shake it up and move all around?