Vegan diets can help overweight people or those with type 2 diabetes shed kilos and lower blood sugar levels, according to a new study.

Experts presented evidence at the 2022 European Congress on Obesity in Maastricht, Netherlands, showing that adhering to a vegan diet for at least 12 weeks could boost weight loss and improve blood sugar control.

The data, taken from 11 randomised trials involving 796 people, included those who were overweight (with a body mass index, BMI, of at least 25) or who had type 2 diabetes (including pre-diabetes).

The studies showed that, in comparison with control diets, vegan diets reduced body weight (on average by about 4.1kg), and also led to a drop in BMI and lower blood sugar levels.

Further analysis showed that there were greater reductions in body weight and BMI when vegan diets were compared with people’s normal food intake, than if they were compared to other diet plans to lose weight, such as portion control or a Mediterranean diet.

There was little or no effect of vegan diets on blood pressure, cholesterol and triglycerides (a type of fat stored in fat cells).

A vegan diet contains only plants (such as vegetables, grains, nuts and fruits) and foods made from plants.

Vegans do not eat foods that come from animals, including dairy products and eggs.

According to the UK National Health Service (NHS), people can get most of the nutrients they need from eating a varied and balanced vegan diet.

This includes at least five portions of a variety of fruit and vegetables every day, with meals including potatoes, bread, rice, pasta or other starchy carbohydrates.

People should also have some dairy alternatives, such as soya drinks and yoghurts, as well as beans, pulses and other proteins.

The new study, from Anne-Ditte Termannsen and colleagues at the Steno Diabetes Centre in Copenhagen, Denmark, has not yet been peer-reviewed or published in a medical journal.

”This rigorous assessment of the best available evidence to date indicates with reasonable certainty that adhering to a vegan diet for at least 12 weeks may result in clinically meaningful weight loss and improve blood sugar levels, and therefore can be used in the management of overweight and type 2 diabetes,” she said.

”Vegan diets likely lead to weight loss because they are associated with a reduced calorie intake due to a lower content of fat and higher content of dietary fibre.

“However, more evidence is needed regarding other cardiometabolic outcomes.” – By Jane Kirby/PA Media/dpa

Even drugs are being made to fit the vegan lifestyle

Going on a vegan diet? Plan it properly to avoid nutritional deficiencies 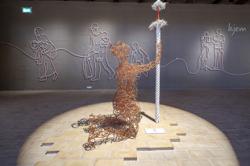 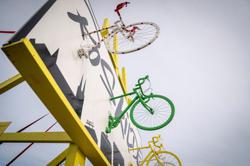 Breaking up with sugar is hard to do, so start slow
Is a tremor always caused by Parkinson’s disease?
What parents of left-handed kids should know
8 lifestyle factors that decrease a man's fertility
Men can benefit from Kegel exercises too
Tobacco control: Which is more important – liberty or safety?
Are you 'pangry'? Pandemic anger is a real mental health concern
Astaxanthin is renowned for its powerful antioxidant qualities
When it gets too hot for health
What is the 'internal shower' drink that is trending on TikTok?