Phasin, a harmful protein contained in legumes, can only be destroyed in high cooking temperatures. — TNS

Bad news if you've been enjoying your green beans steamed or gently stewed.

Germany's Federal Institute for Risk Assessment warns that such cooking methods are unsuitable due to a harmful protein.

Only high cooking temperatures can destroy phasin, a protein contained in legumes that can be harmful even in small amounts.

Phasins are found in the seeds and pods of green beans.If they enter the body, they can cause gastrointestinal problems, often including nausea and abdominal pain, according to the German institute.

In severe cases, bloody diarrhoea and fever can even occur. Symptoms usually appear two to three hours after consuming the green beans. It goes without saying that green beans should thus not be eaten raw.

However, when sufficiently heated, green beans are easily digestible and quite good for you, says the institute. The Bavarian Consumer Advice Centre recommends cooking them for at least 10 minutes.

As phasin can also remain in the water used to boil or cook the green beans, it should be dumped down the drain when you're finished. – dpa 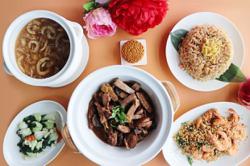 Tips for parents with children who have learning disabilities
‘Plant’-ing that zen feeling around your home
Spotting your child's learning disability early
The digital healthcare generation gap in Malaysia
After battling Covid-19 in a district hospital, this surgeon gets to go home Premium
Keeping children safe and healthy in the water
Report: Third dose not needed for now
Herd immunity for Covid-19 is unlikely to be achieved
When to self-test for Covid-19 and preparing to quarantine
Resonating With Malaysian Lifestyles