Phelps was struggling with depression, even as he was breaking multiple Olympic records in the pool. — Filepic

Four-time Grand Slam tennis champion Naomi Osaka withdrew from the 2021 French Open, saying she has suffered from “bouts of depression” for almost three years, raising questions about how mental health issues are dealt with in professional sport.

Here, we look at six other sportspersons who have also struggled with depression.

The record-breaking 23-time Olympic champion has often opened up about his battles with depression, saying he struggled after each Games in which he competed.

“I was able to do some pretty incredible things in the swimming pool and I struggled outside as well,” Phelps said in 2018.

“There was part of my life I didn’t want to be alive.”

He said he stayed in one room after the 2012 London Olympics for days.

“If you are in a spot where you need help, reach out and ask for help,” he advised athletes potentially struggling with the delay of the Tokyo Olympics from last year (2020) due to the Covid-19 pandemic.

However, he admitted: “It was something that was very difficult for me to do.”

Barcelona’s former midfield maestro opened up about his struggle with depression in a TV documentary last year (2020).

Iniesta, who won two European Championship titles and the 2010 World Cup with Spain, said he was badly affected by the death of his friend Dani Jarque in 2009.

The 26-year-old Espanyol defender died of a heart attack.

“That was like a body blow, something powerful that knocked me down again and I was pretty low, clearly because I wasn’t very well,” said Iniesta, who suffered from depression shortly after Barcelona’s 2009 Champions League success.

“The days pass and you realise you’re not improving, you don’t feel good, you’re not yourself.

“Everything clouds over and goes dark.”

Hanover goalkeeper Enke took his own life on Nov 10, 2009, aged only 32, after suffering with depression.

He was expected to be Germany’s number one goalkeeper at the 2010 World Cup.

The Robert Enke Foundation was set up in his memory to help educate the public about depression in children.

“I won’t get over his death, I just learn to live with it,” his widow Teresa said on the third anniversary of his death in 2012.

A study by world footballers’ union FIFPro in 2015 said that depression and anxiety affect over a third of professional players.

The MMA star said she was hit by depression in the aftermath of losing her undefeated record to Holly Holm in 2015, even considering suicide.

“I did a whole lot of crying, isolating myself,” she told The Guardian in 2018.

The American, a 2008 Olympic judo bronze medallist, has also enjoyed success as an actor, appearing in movies like Fast & Furious 7 and The Expendables 3.

The former England opening batsman has been open about his mental health issues since pulling out of the 2006-07 Ashes tour.

Since then, his former international teammates Steve Harmison and Andrew Flintoff have been among a large number of cricketers to speak about how they struggled with depression during their careers.

“Thankfully, mental wellbeing is increasingly taken more seriously and along with that comes a decreasing stigma for sufferers,” Trescothick said when launching a new campaign to help players tackle depression and addictive behaviour in 2012.

The France wing, who scored one of rugby’s most famous tries against New Zealand at the 1999 World Cup, suffered from depression.

In his 2007 autobiography, he admitted a personal loss had triggered depression and that he had been abused as a child.

Dominici was found dead, aged 48, last November (2020), with police saying he was seen by a witness jumping from the roof of a disused building in Paris. – AFP Relaxnews

How the symptoms of stress can unexpectedly manifest 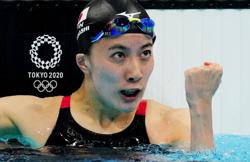