Are you young at heart? It might prolong your life 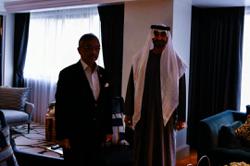 The simple fact of feeling young could help promote better health and longer life, according to a German study. — AFP

Age really is in the mind.

At least that’s what the results of a study conducted by researchers at the University of Heidelberg in Germany and published in Psychology and Aging, a journal of the American Psychological Association, suggests.

Feeling young can help bestow a feeling of wellbeing, improve cognitive functions (memory, social interaction), reduce risks of hospitalisation, and in particular, could allow an individual to live longer.

Conversely, people who are stressed may find that their health declines more quickly, especially among the elderly.

The scientists linked stress levels to quality of life after analysing three years of data collected from over 5,000 German patients over the age of 40.

This group of participants also completed a survey that included questions about their stress level, health, daily activities, functional health (quality of life) and subjective age.

On average, the most stressed individuals experienced the greatest declines in functional health.

In contrast, participants who “felt” younger than their age felt less stressed and experienced smaller declines in functional health.

“Our findings support the role of stress as a risk factor for functional health decline, particularly among older individuals, as well as the health-supporting and stress-buffering role of a younger subjective age,” said study lead author Dr Markus Wettstein.

“Feeling younger to some extent might be adaptive for functional health outcomes, whereas ‘feeling too young’ might be less adaptive or even maladaptive,” he added. – AFP Relaxnews

How the symptoms of stress can unexpectedly manifest

Having no stress is also bad for you 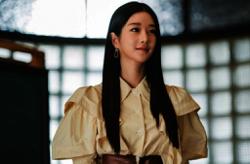 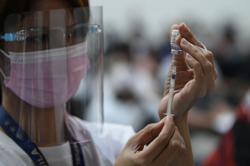 Keeping our schools Covid-free when they reopen
This therapy can help prevent an autism diagnosis
Reducing the harm of tobacco for real
Surpassing six billion Covid-19 doses
Pfizer/BioNTech Covid-19 vaccine safe for primary schoolkids
‘Ebola is defeated’, says professor who discovered it
Bones need more than milk (and calcium)
‘Beautiful’ photos of the coronavirus reduces fear of infection
Suffering from runner’s knee? This is what's happening
This new drug proves effective for heart failure