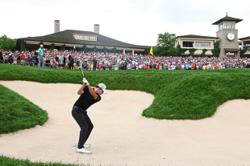 Listen out for the chirping and singing of birds around you for some quick stress relief. — AFP

Stressed out by the pandemic?

Spending more time in green spaces might just be what the doctor ordered, according to a study that quantifies the health benefits of natural sounds.

These benefits range from improved mood and cognitive performance to decreased heart rate and sensitivity to pain.

The study was led by Canada’s Carleton University conservation biologist Rachel Buxton, and published March 22 (2021) in the Proceedings of the National Academy of Sciences (PNAS).

“We tend to look at the acoustic environment from the perspective of noise pollution and how it disturbs wildlife, and how it has effects on visitors to parks and human health,” she says.

“A lot of us conservation biologists are really interested in the inverse of that: what are the health benefits of natural acoustic environments?”

Buxton and her colleagues carried out a literature review to statistically analyse the patchwork of prior research in the area, which was mostly carried out in lab or hospital settings with sounds played to volunteers by headphones.

The rest measured potential precursors along the pathway to health, including metrics of perception, mood and cognitive performance.

Overall, there was a 184% improvement in health and other positively-affected outcomes in the groups exposed to natural sounds, relative to comparison groups.

The natural sounds also led to a 28% decrease in stress and annoyance.

Among the natural sounds played to the volunteers, the sound of water had the highest impact, followed by birdsong, then a mix of both.

The team also examined audio recordings from 68 American national parks recorded over the past 15 years at 221 different locations.

The sounds were categorised by those caused by humans; geophysical, such as wind and rain, or the sounds of water; and biological sounds made by mammals, birds, amphibians etc.

Across all sites, water sounds were audible 23% of the time and bird sounds could be heard 42% of the time.

Parks that received more visitors had much greater levels of human-driven sounds.

The parks with the highest quality soundscapes – high levels of natural sounds and low levels of anthropogenic sounds – were in Alaska, Hawaii and the Pacific Northwest.

But from their analysis of the lab research, “we did find some evidence that if you’re listening to natural sounds and noise, your health outcomes are still better than if you’re just listening to noise,” says Buxton.

What drives the effect?

No one knows for sure, but Buxton has a hypothesis: “Evolutionarily, an acoustic environment that has lots of natural sounds is a good indicator of a safe environment, so it allows for mental recuperation because we’re not on edge.”

The findings come at a time when experts say the Covid-19 pandemic is driving a mental health crisis, with the number of people reporting symptoms of anxiety and depression on the rise.

“What I would encourage people to do is just be aware of these sounds.

“When you go to your favourite park, close your eyes, and listen to the birds singing and the wind rustling the leaves and the trees,” she advises.

“These natural sounds are beautiful, they’re inspiring, and now we have pretty good evidence that they’re good for us too.” – AFP Relaxnews 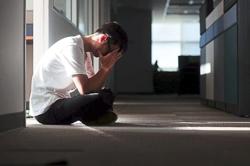