Alcoholics who have previously tried to quit drinking unsuccessfully, found that FMT helped to reduce their craving for a drink. — TNS

The importance of gut microbiota in reducing the burden of alcohol-related liver disease and liver cancer was demonstrated in a novel pilot study presented at The Digital International Liver Congress 2020 held virtually on Aug 27-29 (2020).

The study examined whether the transfer of faecal bacteria from a healthy individual to a patient (known as a faecal microbiota transplantation or FMT) could reduce cravings for alcohol as the first step for use in subsequent larger trials.

In a pilot, double-blind, placebo-controlled, randomised clinical trial, 20 patients with alcohol use disorder, who had tried several options to quit alcohol unsuccessfully, were given either FMT or a placebo.

FMT was shown to reduce alcohol cravings, as well as the total and psychosocial sickness impact profile, at Day 15 post-treatment.

A corresponding significant increase in microbiota diversity was also seen in FMT patients, compared with those who received the placebo.

Imbalances in gut microbiota have been implicated as a contributing factor to alcoholic liver disease and this study raises the possibility of exploiting gut microbiota management to improve patient outcomes.

In cases of chronic alcohol use, reactive oxygen species produced by alcohol metabolism can lead to chronic intestinal inflammation, which can increase gut permeability and alter microbiota composition.

Increased gut permeability is believed to lead to the relocation of gut bacterial DNA and endotoxins to the liver.

The latter are thought to induce inflammatory pathways associated with the development of liver diseases, including cancer.

“FMT was safe and showed an impact on reducing short-term alcohol cravings and improving psychosocial quality of life in patients with cirrhosis and alcohol use disorder,” said the study’s first author Dr Jasmohan Bajaj from the McGuire VA Medical Center in Virginia, United States.

“The relative abundance of short-chain fatty acid-producing bacteria identified in patients with higher diversity after FMT demonstrates that altering the gut-brain axis is a potential avenue to alleviating alcohol use disorder in those with cirrhosis.”

European Association for the Study of the Liver scientific committee member Professor Luca Valenti commented: “The understanding of interactions between the human and microbiome genome in health and disease has represented one of the major areas of progress in the last few years.

“This study lays the groundwork for exploiting this new knowledge in the treatment of liver disease.”

How the benign bacteria in our bodies affects our health 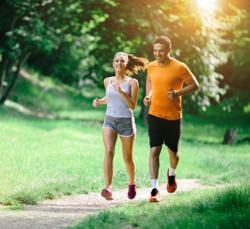