The most common reason for couples having less sex is simply the passion between them fading away. — AFP

How do couples keep the spark of an intimate relationship alive when living together becomes routine?

This was the central question in a study conducted by researchers from the University of Nicosia, Cyprus, and the Fudan University, China, which was published earlier this month (September 2020) in the journal Evolutionary Psychology.

Passion fading away and a lack of personal space were among the reasons cited for giving up on sex.

The researchers combined the results from two distinct studies, involving a total of 1,262 men and women with an average age of 30 years, to come up with the new findings.

They identified no fewer than 78 specific difficulties and 12 broader factors to explain a decline in the frequency of sexual relations.

The leading factor was enthusiasm fading away, and by inference, a decline in intimacy (31.6%).

As to specific difficulties linked to this factor, participants blamed routine, boredom, a progressive absence of romance and a lack of patience that undermined a long-term interest in their sexual partners.

The second-placed factor was “a lack of personal time and space”.

Here again, there were contributing difficulties: a feeling of being oppressed by one’s partner, seeing an intimate relationship as a source of constraint, or being tired of remarks and suspicions voiced by a significant other (31%).

“Long work hours” were also blamed for putting a brake on intimacy in the long term.

Contributing to this factor were a lack of availability and allowing career priorities to take precedence over relationships (29.9%).

Participants also regretted having bad sex (28.9%), and had incompatibility issues, disputes and disagreement over the frequency of sexual relations.

Infidelity and abuse (24%) were further cited as a reason for giving up sex.

Linked to this factor were issues of a partner’s potential for infidelity, a loss of sexual interest in a partner, and physical violence and abuse.

The top 10 reasons cited for giving up on sex were:

It should be pointed out that for the last reason, participants drew attention to their fear of missing out on opportunities because of being in a relationship, compared their current partners to previous ones, or said they were unable to resist temptation. – AFP Relaxnews

Your weight could be affecting your sperm quality 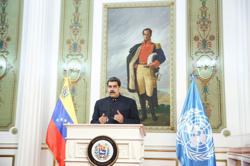