It's not always easy to order a drink at the cafe when you're deaf, says Anthony Chong.

Dr Anthony Chong, 40, was born deaf, but he’s never let it stop him from pursuing his dreams.

Chong, the third of four children, says he is grateful to his dad Chong Kek Kong, a bus driver and mum Lai Yook Chin, a hawker, for supporting him in his studies.

“My parents encouraged me to master Bahasa Malaysia because they believed this would help me succeed in the future.

“They were very supportive of my education,” says Chong who is Universiti Malaya’s first deaf PhD recipient.

His parents also taught him about responsibility. From the young age of seven, Chong started helping his mother with house chores.

“I did the laundry for the whole family, washed and ironed the clothes, and did the dishes too, as well as other household chores,” he says.

He also watched a lot of dramas on television and read subtitles to improve his command of BM. Chong didn’t have the chance to attend kindergarten because there weren’t any that could accommodate a deaf student back then.

When he went to secondary school, he was once again placed in a class for special students.

“I wasn’t learning much and wrote to the teachers, requesting that they teach us more and give us more homework.

“That made my classmates unhappy as they couldn’t cope with the extra work,” he says.

The teacher then asked Chong if he wanted to transfer to a mainstream class. With his parents’ consent, he went to a Form One class with 40 hearing students.

Chong shocked everyone when he scored first place in class, although he admits it wasn’t easy.

“I couldn’t really understand the lessons taught by the teachers, regardless of how much I paid attention in class.

“I tried my best to understand what was going on, relying on information written on the blackboard, my classmates’ notebooks, but it was very difficult,” he says, adding that he didn’t take any tuition after school but self-studied.

He scored 8As in the Sijil Pelajaran Malaysia (SPM) examination, earning him a scholarship to study at KDU College where he completed his A-levels and Bachelor of Science degree. Chong notes that there is often confusion on the terms used to describe deafness.

“Those like myself who have never experienced hearing are considered deaf. We don’t have hearing loss because we’ve never heard anything from birth. It’s important to use the correct terminology because both would have very different experiences.

“Those who have hearing loss would be able to speak since they acquired this skill earlier. Those who have deafness might find this difficult,” he explains.

He adds that the deaf community actually prefer to be referred to as “deaf” rather than “hearing impaired” which signifies a lack or something negative.

One of the challenges Chong has faced is communication.

“Hearing aids can’t help me. On many occasions, I would be the last to know whatever was going on in the family or with friends and I usually don’t get all the details,” he shares.

“For example, I would be with two hearing friends and they would be talking for two hours, but I only had three sentences to explain what they talked about in the two hours. It doesn’t seem fair but this is what I’ve faced.”

For this reason, many deaf people prefer spending time with deaf friends, or at least those who know Malaysian Sign Language (BIM), he says.

Communication was also an issue when he enrolled for his Master’s degree at UM.

“I asked the university to provide BIM interpreting services for all my classes or else I was going to seek permission for waivers, so I didn’t have to attend classes.

“I would not be able to follow the teachers’ and students’ discussions and would rather stay home to study on my own,” he says.

After submitting his thesis at UM, Chong flew to Washington DC in the United States to do (another) Master’s degree at Gallaudet University (a university for the deaf) on a scholarship.

“I felt overwhelmed! In classrooms with both deaf and hearing students, everyone signed fluently. It felt fantastic!” he enthused, even though he had to learn American Sign Language.

Chong is currently working as an administrative officer for a company where his main tasks are researching, developing and advising on IT-based solutions. He also consults part time for a private university on deaf accessibility to healthcare.

He spends a lot of his time advocating for the deaf community. In 2014, Chong co-founded the Malaysian Sign Language and Deaf Studies Association (MyBIM), to further develop the usage of BIM by both the deaf and hearing public.

Struggles of the deaf 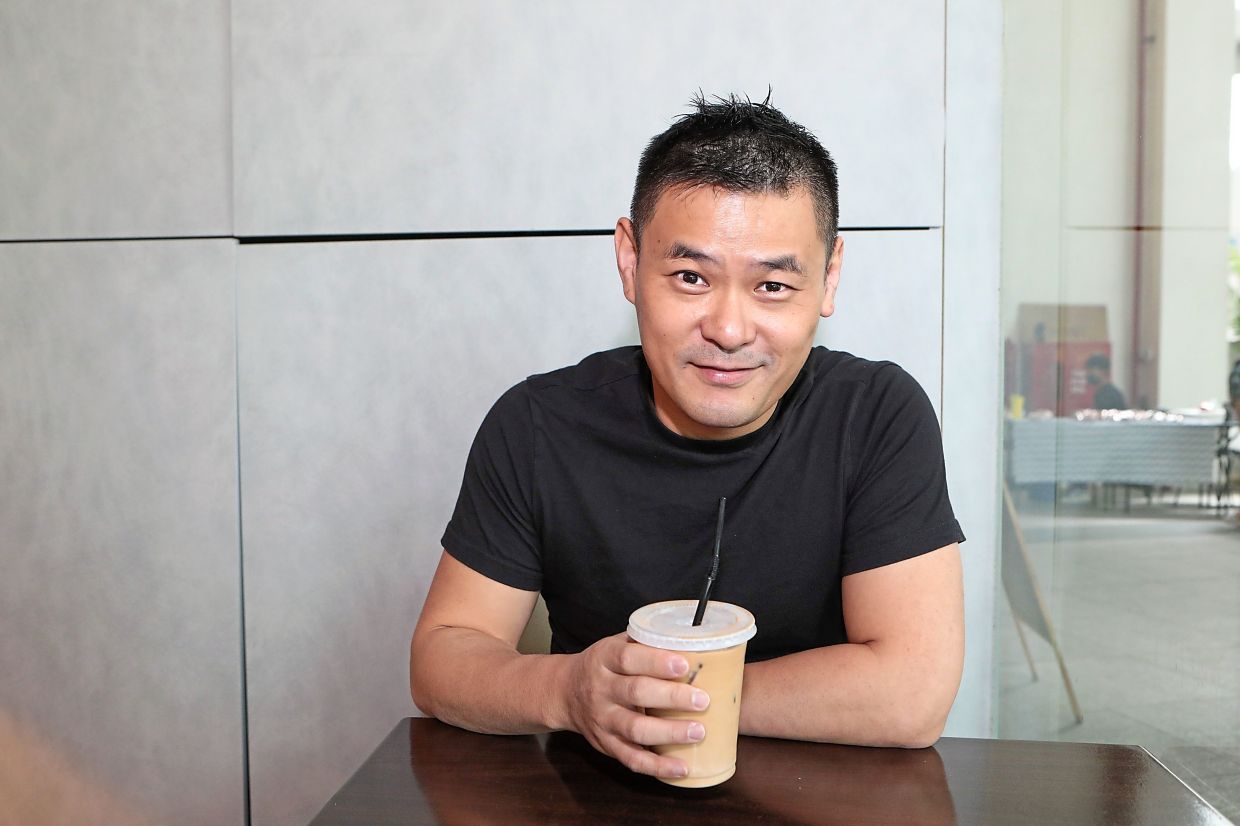 Chong says that the deaf face many challenges in communicating with hearing people.

The challenges in communicating with hearing people can be very hard to bear at times, he admits.

“At a restaurant with friends, waiters tend to ignore me and go straight to hearing people. It can be very insulting. Nobody bothers to understand how the deaf person feels. It’s as if the deaf are not seen as equals with those who are able to hear,” he says.

The deaf also face challenges in the attitudes and mindsets of hearing people.

In 2016, when Chong went to a bank to apply for a credit card, he was turned down despite meeting all the requirements. When he asked for an explanation, they replied that it was because he’s a deaf person.

“It was an obvious act of discrimination and I posted about the incident on my social media. Finally, they approved my application,” he says.

“Unless the mindsets and attitudes of hearing people change and they become more aware, the deaf will always face such issues,” concludes Chong.

She enjoys sunsets and watching movies... but she's blind