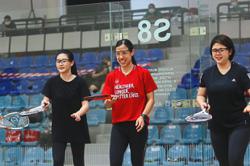 Kavita (left) at the squash clinic in Bukit Jalil with her idol, Nicol David. Photo: The Star/Faihan Ghani

Kavita Muthusamy, 24, a mechanical engineer, was thrilled to be one of the winners for the #AIASquashTheStereotypes Squash Clinic held at the National Squash Centre in Bukit Jalil.

Not only did she have the chance to play squash with Malaysian squash legend Nicol David, but she was also able to "help squash gender stereotypes in her industry", she says.

“As a mechanical engineer in Malaysia, I’m in a field that’s dominated by men, and I constantly have to ‘squash these gender stereotypes’,” says Kavita, who admits that she has encountered discrimination as a woman in the industry.

“People often don’t trust your opinion or expertise just because you’re a woman. They have the impression that mechanical engineering is too technical for women to handle because there are a lot of complex components involved,” she says.

“As a result, women need to work twice as hard compared to men in the industry just to prove themselves and this is unfair,” she adds. 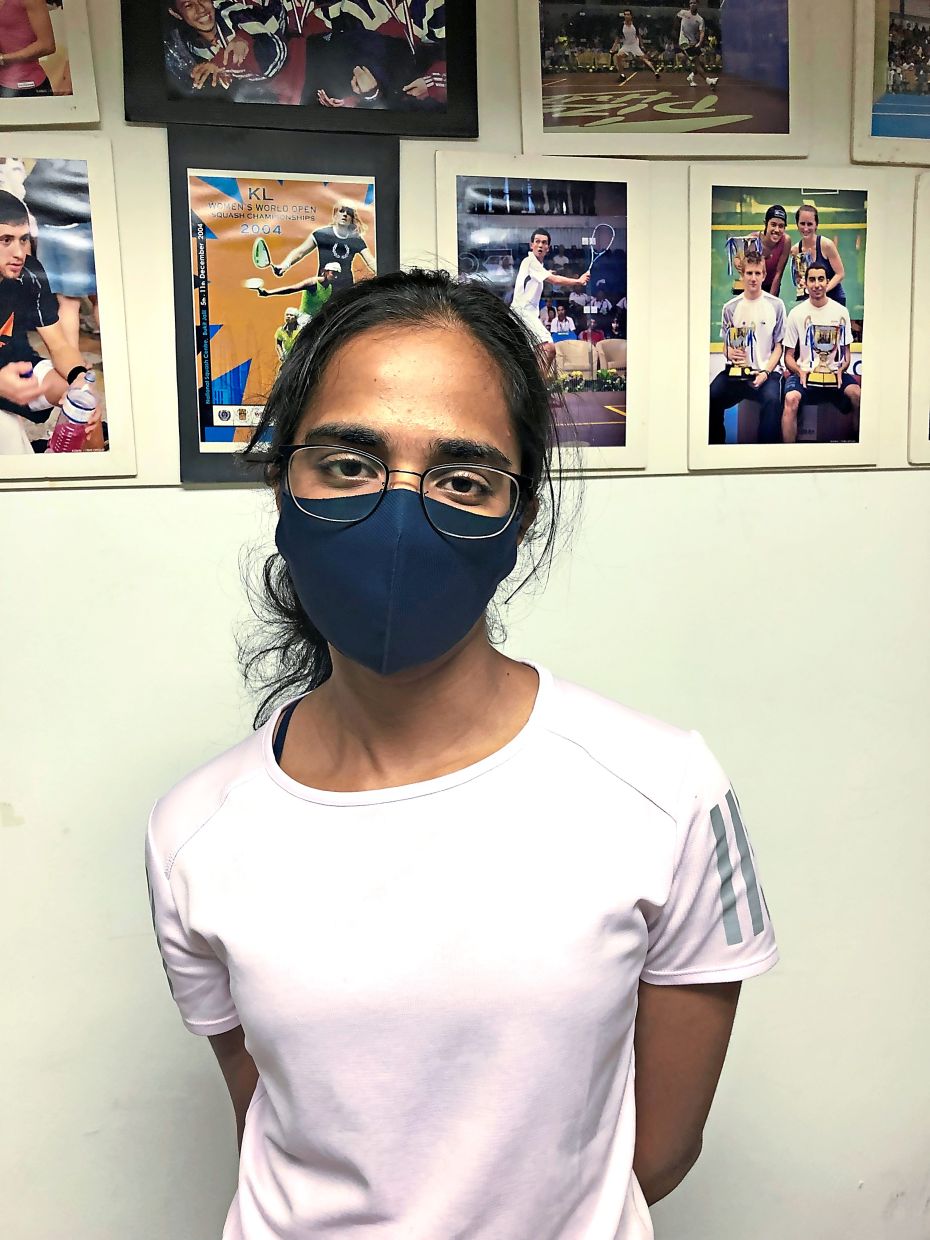 As a mechanical engineer Kavita is constantly having to fight gender stereotypes. Photo: The Star/Ming Teoh“We have the same set of qualifications as the men and went through the same training as them,” she says.

Kavita reveals that she usually stands up for herself, and tells them that she’s done all the technical stuff before, so they should just trust her.

“I told them that I'm actually capable of doing the work because I know what I've gone through to achieve it,” she says.

Kavita, who studied at Monash University (Malaysia campus) says that there were only five female students out of 100 students in her class.

“Many industries that are men dominated need more women who are capable and qualified,” she adds.

“As a woman, I'm trying to make a difference and be an example to other young women to be able to voice out your opinions and know what you want and go for it. You can make a difference so be passionate about what you're doing,” says Kavita. Kavita (back, left) at the squash clinic with Nicol David at National Squash Centre in Bukit Jalil. Photo: The Star/Faihan Ghani

Inspired by Nicol David, Kavita started playing squash when she was 15 years old.

“Squash isn't as well known as other sports so it was difficult to get a coach. When I found one in Klang, I started training under her for two years. Then, she moved to PJ and it was difficult for me to go for training because it was too far away, so I dropped squash for awhile,” she adds.

"So when this opportunity arose to pick up the sport again, I jumped at the chance."

“I’m thrilled to have the opportunity to play squash with and be trained by Nicol David, together with the other winners, it’s a dream come true,” she concludes. 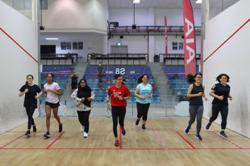