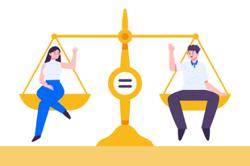 An affair isn’t just physical, it could also be emotional. Photo: Pixabay

Malaysians discuss the topic of adultery and how it impacts the lives of those around them.

When you give in to temptation, then there’s an affair. It’ll be very hurtful to the one who was cheated on. Some people choose to stay with the partner who has been unfaithful, but others choose to leave. Whatever you decide, you’ll need to be strong. If you stay, then there needs to be a lot of forgiveness and understanding, but if you leave, then you’ve to pick yourself up and move on.

I’m thankful that I’ve not had to go through this in my marriage and have been happily married for 30 years. But I’ve heard of acquaintances who’ve gone through such difficulties because their spouse was unfaithful and had an affair.

All I can say is, appreciate and communicate with your partner, never take each other for granted, because you don’t know when you might lose them.

I can’t say much about adultery because I’m still single. But my aunt and uncle are divorced because he was unfaithful and had affairs. First, with his secretary but my aunt found out. She forgave him, but later, my uncle had another affair with this lady who works at a cafe.

So I think it’s very devastating for the partner and children. I can see how badly it affected my aunt and cousins. So before you cheat, consider how much it will hurt your partner.

You need time to get to know each other well before jumping into marriage. If a couple rushes into the relationship without getting to know each other because they feel pressured to get married by a certain age, there’s only a 50-50 chance of it working. What if you fall in love with someone else later? That’s when affairs happen.

This is why I disagree with matchmaking. You need to be with whomever you’ve chemistry with and it can’t be forced, or else, it wouldn’t work.

An affair isn’t just something that’s physical although a lot of times, it may lead to that. It can be emotional because if you spend a lot of time with a certain person when you work with them or have common interests, then you’ll be likely to develop a connection with them. That might lead to an affair, depending on whether you’re attracted to them. If both are single and can be in a relationship, then it’s good, but if either of them is married, then it’s not.

Dear Thelma: Finally I have a boyfriend but I'm not sure if he's right for me

Dear Thelma: I'm depressed as my boyfriend is ignoring me over a non-issue 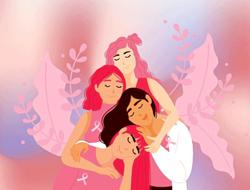