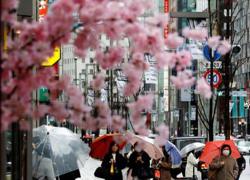 Cute couple moments: Doctors Iise Chew and Michelle Goh at a nightmarket in Taiwan before the pandemic. Photo: Docs On Vacay

Penangite Dr Iise (pronounced as ice) Chew and his Sarawakian wife Dr Michelle Goh, both 28, have not seen each other for almost a year.

“It has been almost a year and I’m languishing,” says Chew poignantly. “On one hand, I want to be responsible as a doctor, but on the other hand, I feel tired, drained and sad that my wife isn’t by my side,” he says.

“It would be great if I knew I could see her in one month’s time, but with the current situation of increasing Covid-19 cases, I don’t even know if I can see her in one year’s time,” he adds.

Chew, who is an ear-nose-and-throat (ENT) doctor, works with the Covid-19 team at the Penang General Hospital, while Goh works in the emergency department at the Sarawak General Hospital. Goh works in the Emergency department of the Kuching General Hospital. Photo: Docs On Vacay“Working in the emergency department can be overwhelming. And, while we don’t deal with Covid patients directly, there is always the risk that we might be unknowingly exposed to Covid-positive individuals who come in for other treatments,” she says.

The doctors are among the many married couples who have not been able to see each other during the pandemic as interstate travel has been barred for the most part of the past year and a half.

However, there is some relief for separated families as the inter district and interstate travel ban was recently lifted for long-distance married couples and parents who wish to meet children below 18 years old (as of Aug 10) for states in Phases Two and Three of the National Recovery Plan. An application has to be made with the police and documents such as marriage certificate (for spouses), Covid-19 digital vaccination certificate, proof of address, and others, need to be submitted.

In Chew and Goh’s case, a big issue they will face is the two-week mandatory quarantine requirement at a designated facility for anyone who lands in Sarawak.

“Can we even afford a two-week quarantine when at times, our annual leave can’t be granted because of the heavy workload? And, if I go to Sarawak and have to spend an additional two weeks in quarantine before getting to see Michelle, how will it affect my colleagues?” Chew ponders.

“At this point of time, it’s also not possible to take annual leave because everyone is needed, and it’s our responsibility and duty as a doctor,” says Goh. 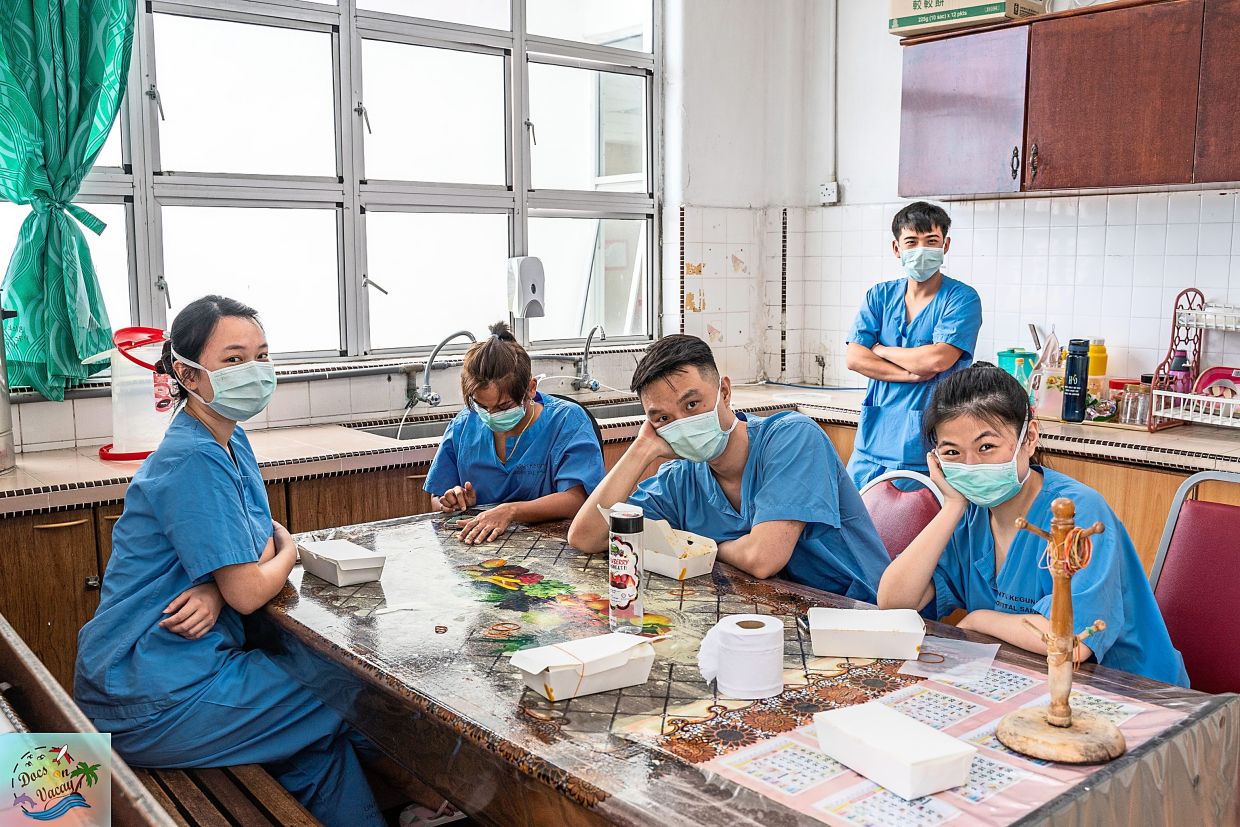 Chew (standing) with his colleagues at Penang General Hospital. Photo: Docs On Vacay

Chew, who has been a doctor for five years, spent two and a half years in Sarawak for his housemanship. He then returned to his hometown Penang.

“Our plan was for my wife Michelle to join me later. But even though we can request for transfers, it doesn’t always mean it will be granted,” he says.

The last time the couple met was almost a year ago.

“When we realised that the borders were closing, we had a quick getaway in Miri, Sarawak, during the recovery MCO. She flew in from Penang and I flew in from Kuching to meet in Miri where we celebrated our wedding anniversary,” says Goh. The couple has been married for almost two years. Goh and Chew at Kubah National Park in Sarawak, before the pandemic. Photo: Docs On Vacay

According to them, maintaining their long-distance relationship can be difficult, especially when both of them are so busy.

“It can be difficult because it’s lonely, and sometimes our schedules clash so we can’t even contact each other as she may be on the night shift while I’m on the morning shift,” he says.

The couple reveals that “keeping occupied” whenever they’re not at work and unable to contact each other due to differing schedules, has helped them get through those moments of loneliness.

“I do bee farming now during my free time. I also blog and write my chronicles on Docs On Vacay. Besides that, I run, and play musical instruments – the piano, violin and guitar – and it’s usually church music,” says Chew.

“As for me, I also run, and I’m studying more about emergency medicine to keep myself updated. I also spend time with my mum and sis,” says Goh. Goh and Chew in Kuching before the pandemic. Photo: Docs On Vacay

The couple reveals that they actually need to “make time to reconnect with each other” which involves “a lot of scheduling”.

“If we don’t consciously make time to reconnect or schedule our time together, we can often be so overcome by busyness and tiredness that we end up not spending time together,” shares Goh.

They plan online dates when both of them are free at the same time, and they do stuff together online such as watching movies.

“We’ll do a video call and synchronise the movie at the same time, so that we can laugh together at the funny scenes and get stressed together at the cliffhangers,” says Chew. Chew and Goh at the Kuching Festival before the pandemic. Photo: Docs On Vacay“We also have genuine conversations, attend church service on Zoom together, and sometimes, even exercise together during our video calls,” he adds.

Besides video calls, they also take a lot of photos, which they send to each other.

“This is how we share the moments in our life – such as the beautiful view, what we’re having during lunch or dinner, and other aspects of our day.

“There’s a lot of looking forward to sharing these things with each other in person, in the future. Anticipation can make the heart stronger because it gives us ‘hope’,” says Chew.

“Of course, there are a lot of WhatsApp messages too,” adds Goh.

Chew, who is one of the pioneers with the Covid-19 team at the Penang General Hospital since the start of the pandemic, deals directly with Covid-19 patients. He alternates between working with the ENT department and the Covid-19 team every other week. Chew works 12 hour shifts for four days in a row while on the Covid-19 team at the Penang General Hospital. Photo: Docs On Vacay

“When I’m with the Covid-19 team, I work 12 hour-shifts (either morning or night) for four days, and then rest for three days. And when I’m with the ENT department, it’s regular working hours and sometimes, we’re also on call,” he says.

“Although we do get rest and off-days, during the shifts, it can be really hectic and it can really take its toll on us mentally, emotionally and physically,” he adds.

“It’s 12 hours spent with patients, and there’s always that anxiety whether they would pass during our watch, whether we could have done more for them, whether we’ve been infected, and if we might unknowingly infect our family members at home,” says Chew who is currently living with his parents.

“It can be daunting because the number of patients ‘crashing’ (when their oxygen levels decrease suddenly and we need to attend to them immediately to keep them alive) is increasing,” he says.

The couple reveals that they draw strength from their faith.

Both of them met at a church while they were students in Johor. Chew was at Monash University (Clinical School Johor Baru) while Goh was in Newcastle University (NUMed), and they dated for four years before getting married.

“The longest I’ve been away from my wife before the pandemic was when I was a fifth year medical student in Australia on a three-month rotation, and she was still doing her third year in Malaysia,” says Chew. Chew hasn’t shaved since he last saw his wife. Photo: Docs On VacayOn a fun note, Chew says that he made his wife a promise – #nowifenoshave – not realising that they would be apart from each other for such a long time.

“We thought we would only be apart for one or two months, so I was very confident that I would never need to grow a beard. But the pandemic and its restrictions have dragged on and on,” he says. “So, I kept my word.”

“Some might question why I would allow myself to look ‘unkempt’ or ‘unhygienic’, being in the medical line. But I tie up my beard, and with that, it can easily go in the mask. That’s why when I don my PPE, it really looks neat, like I don’t have a beard,” he explains.

“Even though we miss each other, we know our responsibility as doctors and we understand that there’s a sacrifice involved in being a doctor,” the couple concurs.

“And although it’s painful and sad to miss my wife, it’s healthy for our relationship.

“Being apart has made us appreciate each other more because we realise what it’s like not being able to be with each other. And we want to look forward to meeting each other again in the future,” concludes Chew.

Love blossoms for couple who met during pandemic

Dating during the pandemic 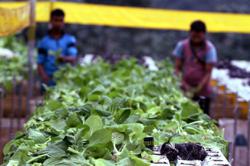 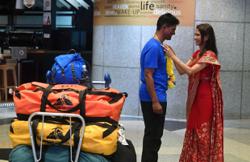