(From right) Joel and Jayrel, together with their mother Beh Su En, have made a video to thank frontliners for their dedication and hard work. Photo: Beh Su En

Nine-year-old Jayrel Tye, and his brother Joel, 11, wanted to show their appreciation to the frontliners for the good work they have been doing during the pandemic, so they decided to make a YouTube video to thank them.

Called “A tribute to frontliners”, the two primary school students from Putra Heights, Selangor, worked on their video project with the help and guidance of their mother Beh Su En, 38, and aunt Beh Su Jane, 26.

“We wanted to appreciate the work of the ‘sweaty’ frontliners,” says the bubbly Jayrel.

“Sweaty because I saw a video of the frontliners and when they take off their PPE, their clothing underneath is totally drenched in sweat. They have to wear it the whole day and can’t take it off,” he notes pointedly.

“This shows how difficult and tiring their work is,” he adds. 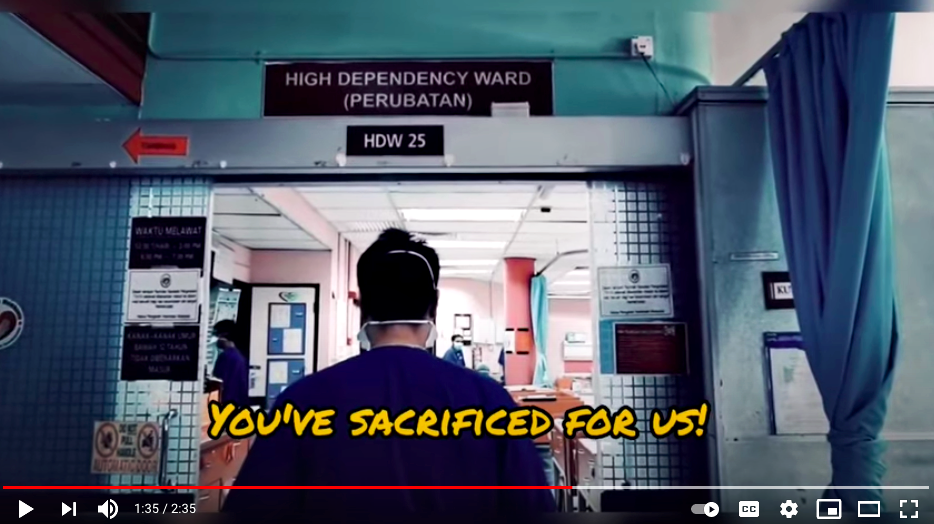 Jayrel and Joel thank frontliners for the sacrifices they've made in order to help Covid-19 patients. Photo: YouTube/thundershock

“This is our fourth YouTube video, and it took us two weeks to do, after completing our homework,” says the serious Joel.

As part of an online creative writing class that they started taking during the pandemic, the two boys have had to learn how to write video scripts. So they decided to put together the whole video.

The boys started their project in end-June and uploaded it to YouTube in mid-July.

“We gathered the pictures, wrote the script and then recorded it. We also searched for suitable background music. Then, we assembled the video,” says Jayrel.

As it is during the full MCO, everything was done at home but they had their mother and aunt on board, to work on it.

“With our mum, we met up with our aunt on Zoom, and then discussed and wrote the script together. It took us about two to three hours to write it,” says Jayrel.

“Then, our teacher (from the creative writing class) gave us some pointers and helped us to edit the script before we recorded it,” he says.

“We tried everything – initially, we used just the phone and laptop to do the recording. Then we used the microphone that my father had bought,” says Joel. 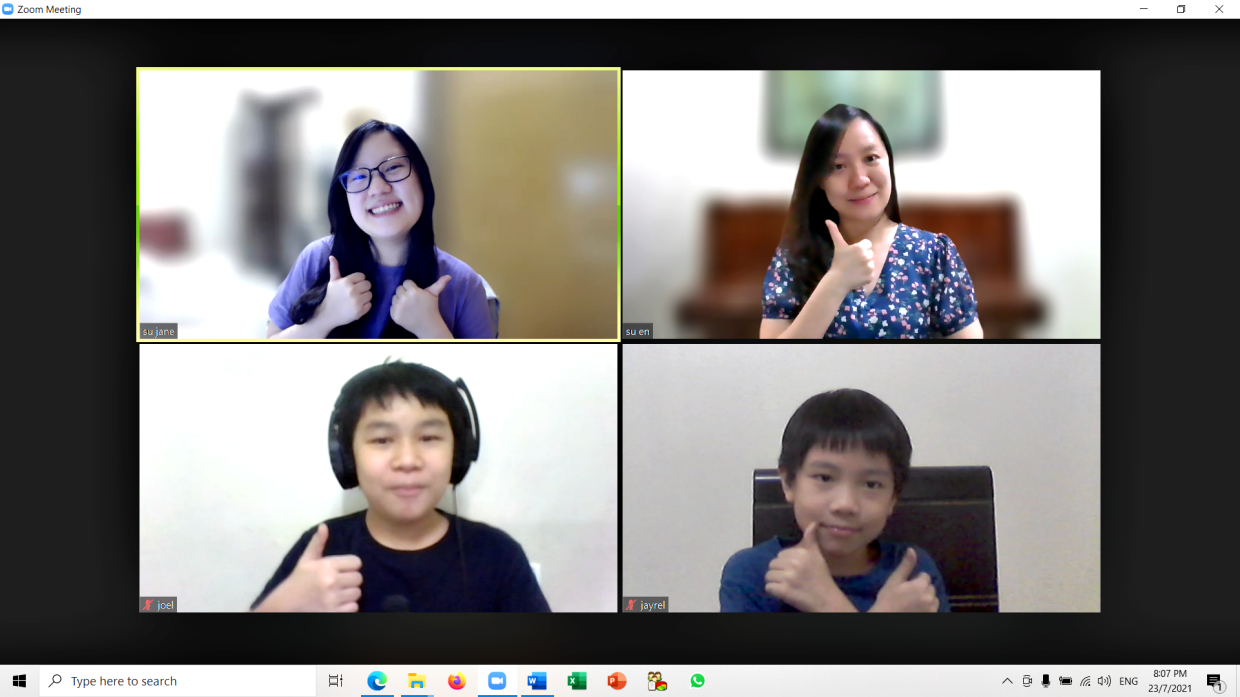 “During the pandemic, we’ve all been staying home together for the longest time,” says their mother Beh, who runs several kindergartens and tuition centres.

“We’ve not seen my sister Su Jane (in person) for a long time because of the pandemic. But we do meet online using Zoom once in awhile, so we decided to rope her in on this,” she says.

“We chatted and came up with ideas during the Zoom session. Then we opened up a Google Doc and typed out our ideas, while discussing it all together,” she says. “In a way, technology kind of brought us together to produce something meaningful."

“After writing the script, we assigned who would read each part. There are three voices speaking in the video – me, my brother, and mum,” says Jayrel.

The boys used InShot, a free video app to produce their video.

"During the pandemic, the boys have been at home and there’s not many other things that they can do since they can’t go out. Making videos is something that’s in trend now and it’s a fun thing for them to do together,” says Beh.

The boys have posted their video on YouTube, hoping that it will get to the frontliners. 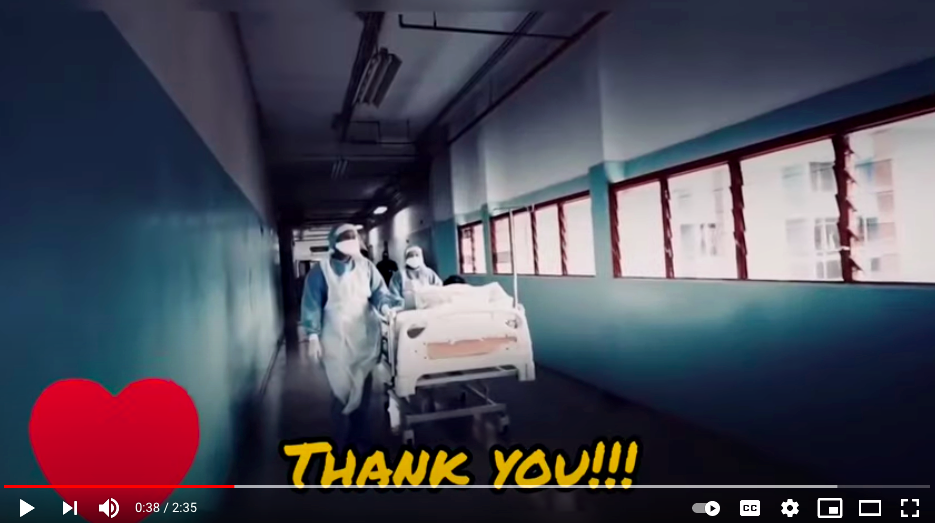 In their video, the boys thank frontliners for their dedication, sacrifice and hard work. Photo: YouTube/thundershock

“We want every frontliner to see it and realise how much we appreciate them for the hard work they are doing. We would like to say thank you to them,” says Jayrel.

“And of course, we hope to get more subscribers too!” adds Joel, and both boys laugh.

This is their fourth video on their YouTube channel.

“Our first video was about Street Fighter, a video game,” says Joel.

“Then, we did a video for a Hebrew class because grandma is teaching it. So we got together on Zoom with grandma, aunt and mum, and discussed how to do it,” he says.

“There is also a video about a wolf called Coby that saves a village from being polluted by a tiger called Scarr,” says Jayrel.

When asked what they thought about the pandemic, the boys concurred that it’s “troublesome because they can’t go out” and “scary because people are dying”.

They are hopeful that later children will be able to get their vaccines too.

“But I’m scared of needles and pain!” interjects Jayrel. 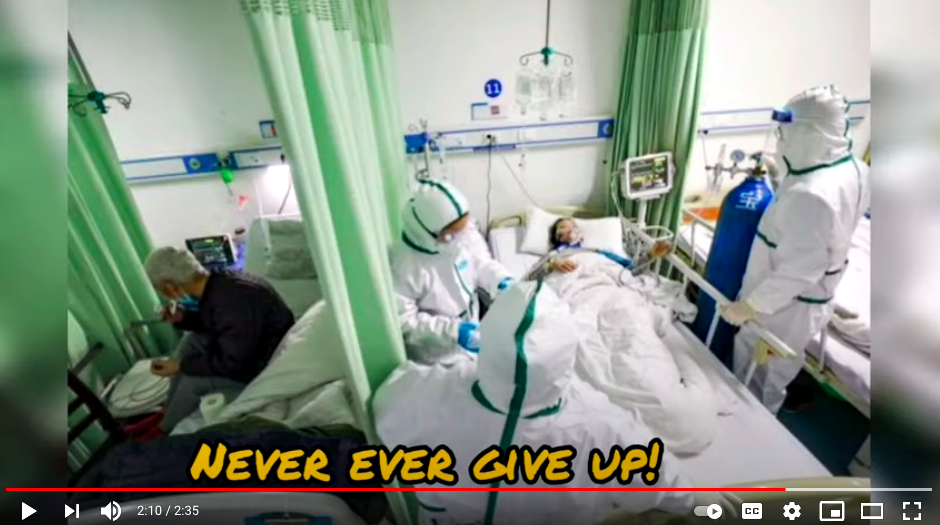 The boys wanted to encourage the frontliners to 'never give up' no matter how difficult it gets. Photo: YouTube/thundershock

The boys have had to undergo Covid-19 swab test several times in March and April, before the third MCO because there were positive cases in their school. They found it “not painful but uncomfortable” and “not fun”.

Since the MCO started, they are now back to online classes, which they like because they “don’t have to wake up so early to get to school”.

“We have to find meaningful activities to fill up our time during the pandemic, especially for the children. Otherwise, they’ll just be on the computer or TV all the time. So I’m really glad that the boys are able to learn something new and useful,” concludes Beh.

View A Tribute to Frontliners