Many people in the B40 group have been adversely affected by the pandemic, after they lost their jobs and businesses.

The government has rolled out various initiatives to relieve their financial burden. While the hardcore poor and people with disabilities (OKU) who are registered with the Social Welfare Department (JKM) and other agencies receive aid regularly from the government, unregistered needy and urban poor are often overlooked.

And, usually, it is volunteers from non-governmental organisations (NGOs) who come to their rescue.

According to Ishak Abdul Kadir, founder and president of Insaf Malaysia, a non-profit technical relief organisation, many people in hardcore poor and urban poor communities are unaware of the welfare aid extended by JKM and State Islamic Religious Departments.

"Here is where NGOs and volunteers play a role in identifying those who have been left out (of aid programmes), regardless of their political leanings, race or religion, ” he said.

Sharing his organisation’s experiences in identifying and rendering aid to urban poor communities in the Klang Valley, Ishak said they use the "backdoor” approach to reach out to the target group.

"We go to schools first to identify poor and needy children before we meet their families and visit their homes, ” he said, adding that each deserving child is given a packed lunch, 10-kg pack of rice, cooking oil, soya sauce and other items, by Insaf Malaysia volunteers.

"We are able to identify the problems they face when we get to meet their parents who are mostly people who have lost their jobs. Their children are forced to go hungry in school as they are too poor to receive pocket money.

Using this approach, he added, Insaf Malaysia manages to identify 50 to 100 needy families a month. They then help the families register with JKM and Baitulmal and Zakat Centres managed by the State Islamic Religious Departments so that they can receive aid. 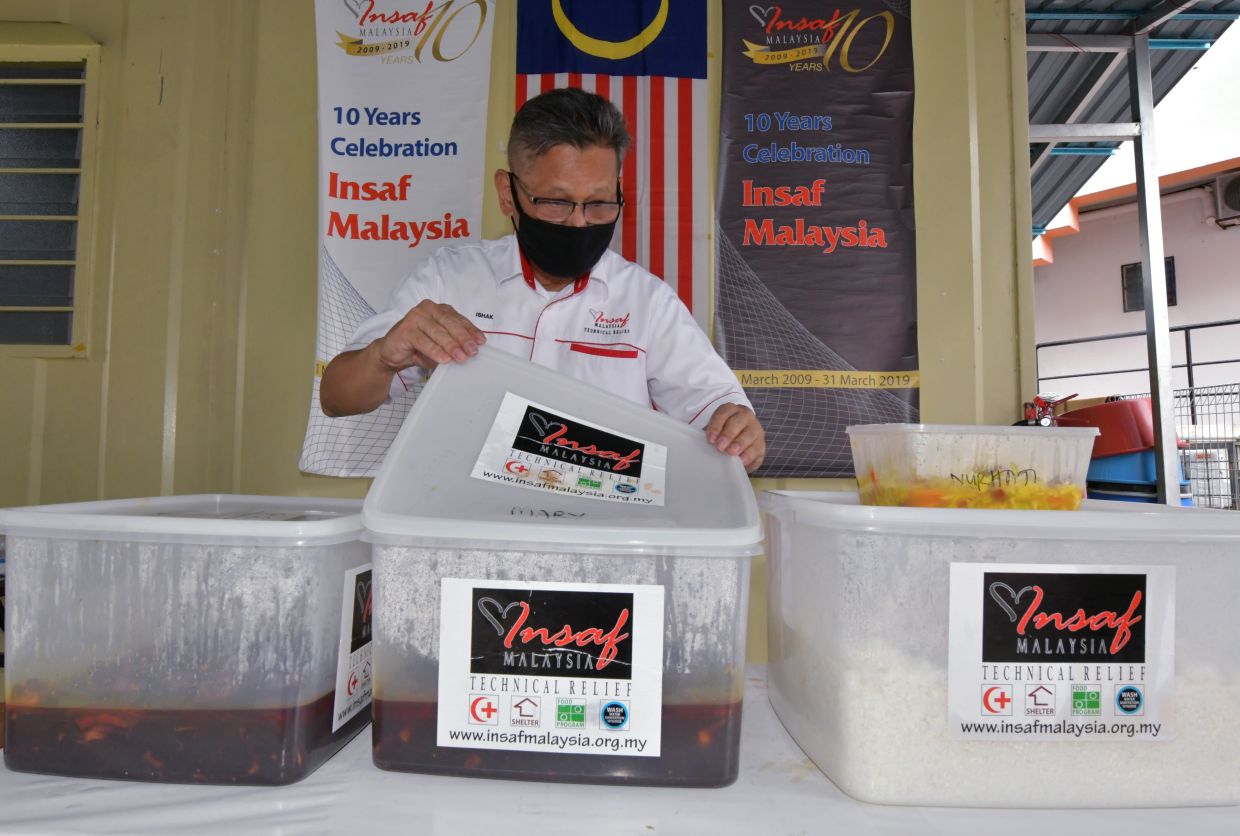 Since the MCO, Insaf Malaysia has been collaborating with Yayasan Foodbank Malaysia to distribute dry and wet foodstuff, as well as hot food packs, to the urban poor, says Ishak. Photo: Bernama

Food packs for the needy

Since the early phases of the movement control order, Insaf Malaysia has been collaborating with Yayasan Foodbank Malaysia to distribute dry and wet foodstuff, as well as hot food packs, to the urban poor residing in the People’s Housing Project flats and welfare institutions such as orphanages and homes for senior citizens.

Prior to the MCO, Insaf Malaysia’s kitchen in Setiawangsa here used to prepare enough food for 500 food packs daily but following the enforcement of MCO, they were preparing food for up to 3,500 food packs a day for distribution to the needy groups.

Insaf Malaysia, which was established in 2009, has about 400 volunteers, comprising people of different backgrounds who have been actively involved with the organisation for 10 years. They include doctors, paramedics and nutritionists who ensure that the food prepared by the organisation is nutritious and healthy.

Two months ago, in September, Insaf Malaysia put up two cabins behind their office in Setiawangsa to serve as "emergency” shelters for families whose homes have been hit by natural disasters such as floods or fire.

"They can stay in our cabins for up to two weeks while waiting for their homes to be repaired, ” said Ishak, adding that poor families from other states who need to seek medical treatment in Kuala Lumpur are also allowed to stay in the cabins which are furnished with a sofa, fan and two double-decker beds. Toilet and bathing facilities are available outside the cabins. 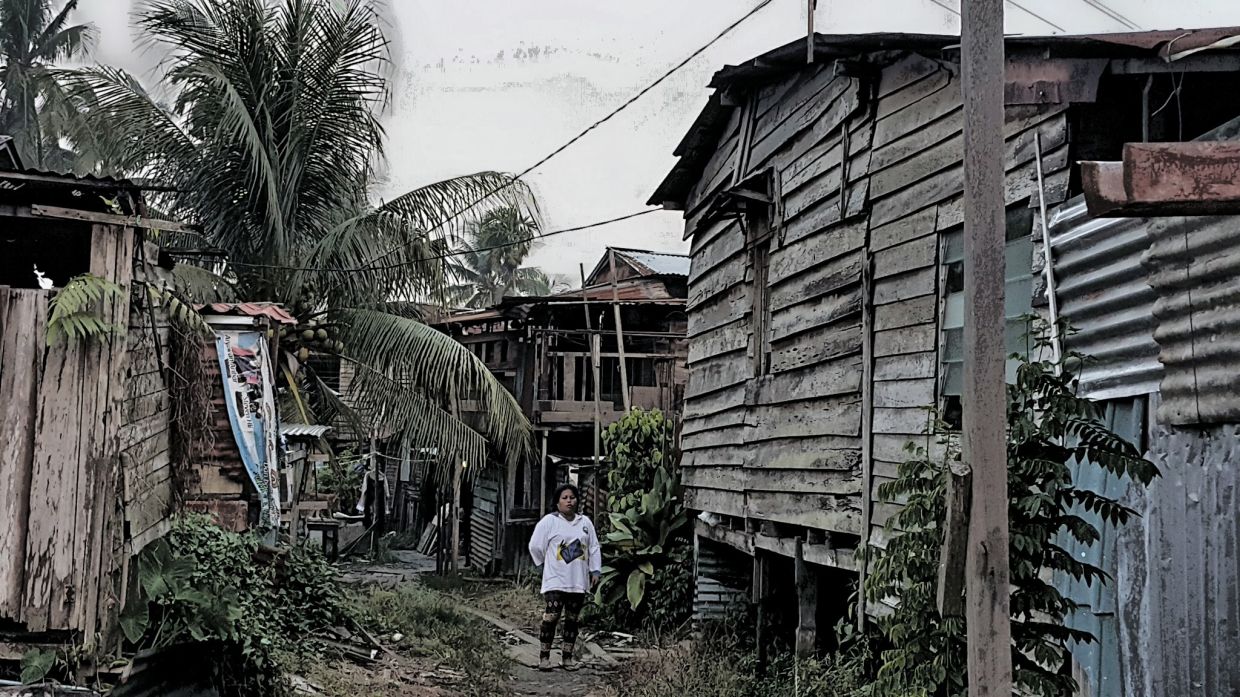 Many of the hardcore poor aren't aware of the aid programmes offered by the government or other religious bodies. Filepic

Ishak, meanwhile, said he felt compelled to set up an NGO some 10 years back after he participated in humanitarian missions in several countries that were impacted by natural disasters.

"I was surprised at the lack of technical relief organisations in Malaysia had back then. Although emergency medical relief is vital, shelter, clean water, sanitation and a sensible food programme are just as important for the communities affected by natural disasters, ” he explained.

Apart from providing humanitarian aid, Ishak is also striving to build a group of high-calibre volunteers who have the knowledge and skills to ensure the success of the relief efforts they are involved in.

He also stressed that Insaf Malaysia offers aid to all needy groups regardless of their race and religion, adding that during the MCO he had come across some needy people who claimed that they were left out of certain race-based aid schemes.

"It made me feel sad because when it comes to extending aid, no one should be excluded. For example, if a certain religious organisation is giving out aid, it should also be given to non-followers and not just the people who practice the same faith, ” he added.

Those interested in volunteering for Insaf Malaysia can go to their website at www.insafmalaysia.org.my for more information. - Bernama