Domestic violence and abuse cuts across all socio-economic sectors, across all segments of society, and it doesn’t end during the pandemic and shelters offer victims safety and a chance to protect their children. Photo: 123rf.com

Shalin got married to her husband when they were both just 21 even though her parents objected, preferring both of them to finish college first. Initially, life was good, but then, he changed.

“My husband forced me to do shift work to earn more money while he stayed home at night. But he spent time watching TV instead of looking after the kids, and they were unkempt and starving when I got home.

“When I questioned him, he would yell at me, ” Shalin says.

“Then, he stopped working and took all my money, giving me only enough for transport to work.

“When I got home, he insisted I cook and wash all the clothes, and when I pleaded with him to let me rest after shift work, he would yell and beat me, ” she recalls.

Shalin came to RPS shelter with her five children and stayed for two months. She received counselling and the support that she needed. Her children, who were behind in their studies, had remedial classes to learn basic reading and writing. Life was a living hell

Annie’s husband became abusive when his business went bad. They worked together and when the company downsized, he did everything himself, started taking drugs, living irresponsibly and would often vent his frustrations on her.

“Life was a living hell. I often got yelled at, beaten blue-black for no reason, ” she says.

“The only good thing was he didn’t do anything to our two children. He was a good provider and father, ” she adds.

Annie left the house five times to seek shelter with friends and relatives and made countless police reports, but he would always find her and drag her back home.

She stayed at RPS shelter for two weeks where she rested and received counselling. Eventually, she returned home because she found out she was pregnant. These are just two of the many women that Rumah Perlindungan Sosial YWCA (RPS Shelter) in Klang, has helped.

October is Domestic Violence Awareness Month, and domestic violence can take many forms and includes (but is not limited to) physical, verbal, sexual, and financial (withholding finances to control spouse) abuse, says registered counsellor and social worker Shoba Aiyar, who manages the shelter.

RPS Shelter, which was re-opened in Aug 2019 after a hiatus of over two years due to lack of funding, has been helping women and children who are victims of domestic violence, even during the pandemic.

“We’re open throughout the CMCO. If there are urgent cases, we will speak with them and assist them. We’re contactable by phone at anytime, ” says Shoba.

“We can’t shut the shelter as we have families (women and children) living here. Our staff work on a rotational basis and observe all the required SOPs. We need to get the residents food and other necessities. Activities like tuition for the children, reading classes for the women, and counselling (for those who call in) also continue, ” she explains. The activity area where most of the residents spend their time during the day. Photo: Rumah Perlindungan Sosial YWCA

“Our goal is to educate the women who are victims of domestic abuse that no one deserves to be abused and to empower them to do something about it, ” she says.

“These women have a choice. Often when they come to us, they are in a dilemma and don’t know what to do. We provide them with a temporary safe place, counselling, and we even walk them through the process of what they need to do.

Shoba reveals that most of the cases are referred by the Department of Social Welfare, Women’s Aid Organisation (WAO), United Nations High Commissioner for Refugees (UNHCR), police, and even MPs in Klang (when victims of domestic violence visit their service centres).

“Many of them are B40 women and often they come to us with just the clothing on their backs, bringing their children. Most of them have nothing and we have to provide everything, ” says Shoba.

But there are also women from the middle class who call or show up at the shelter for counselling and advice.

“The problem of domestic violence and abuse cuts across all socio-economic sectors, across all segments of society, and it doesn’t end during the pandemic. That’s why it’s important to keep the shelter running, ” she says. The living room where residents can relax and do some reading. Photo: Rumah Perlindungan Sosial YWCA

The women stay from a day up to a maximum of four months at the shelter, depending on their circumstances.

“When they come to RPS shelter, we have a questionnaire for them to fill up, and we ask them what they want from us and how we can help them.

“Sometimes, they’ll tell us they don’t know and need some time to think it over, ” she says.

“We never tell the women what to do because it’s their decision. What we do is lay out all the options for them and help them to see things from an objective perspective, ” she adds.

The shelter is like a shared community and there is a duty roster. The women take turns to cook and clean, and the children will play together.

“It’s like one big family," says Shoba, adding that the women and their children are provided with a safe place, their own rooms and meals.

The women also interact with one another, sharing stories, laughing, and often crying together, suggesting possible solutions. They understand one another because they often face similar situations. A discussion on reproductive health and contraceptive choices with young adults as part of the empowerment education at RPS Shelter (before the MCO). Photo: Rumah Perlindungan Sosial YWCA

“We also accompany them to make a police report if they wish to, or if they need to go to the hospital. Not only do we accompany the women, we also bear the cost, ” she says.

“When they come to us, they usually come empty handed and we pay for everything, ” she adds.

Shoba reveals that they depend on donations from the public to run the shelter and their expenses come up to RM10,000 monthly, sometimes more. 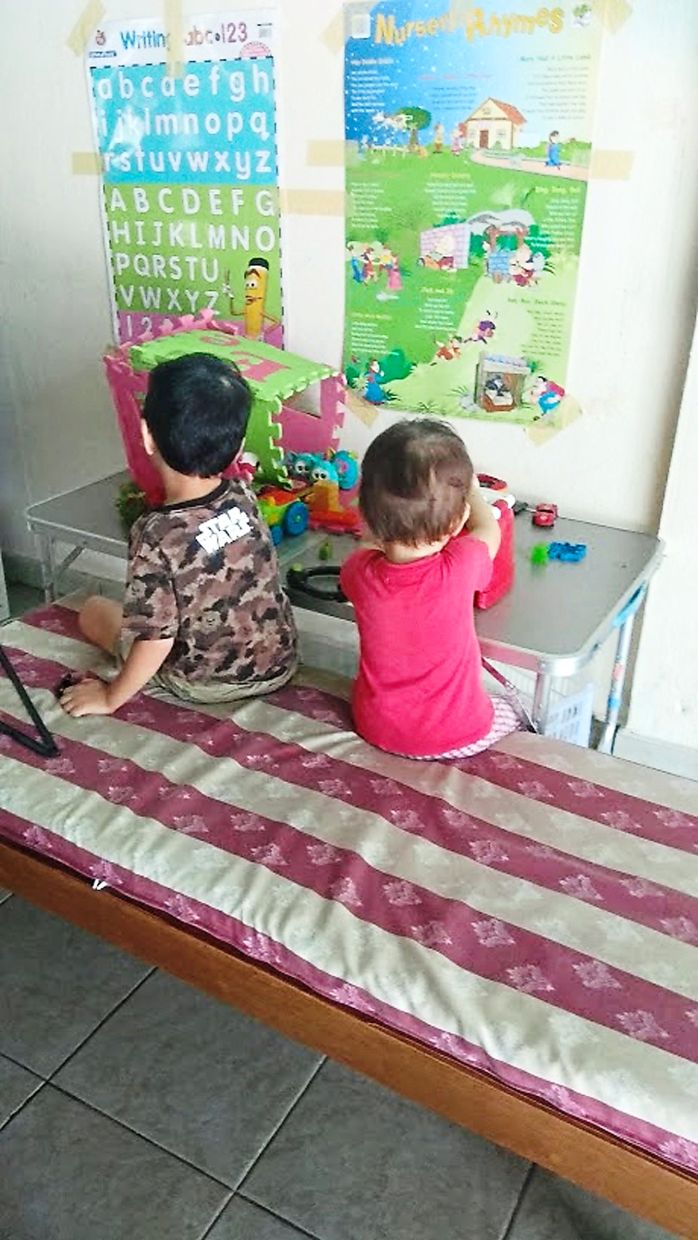 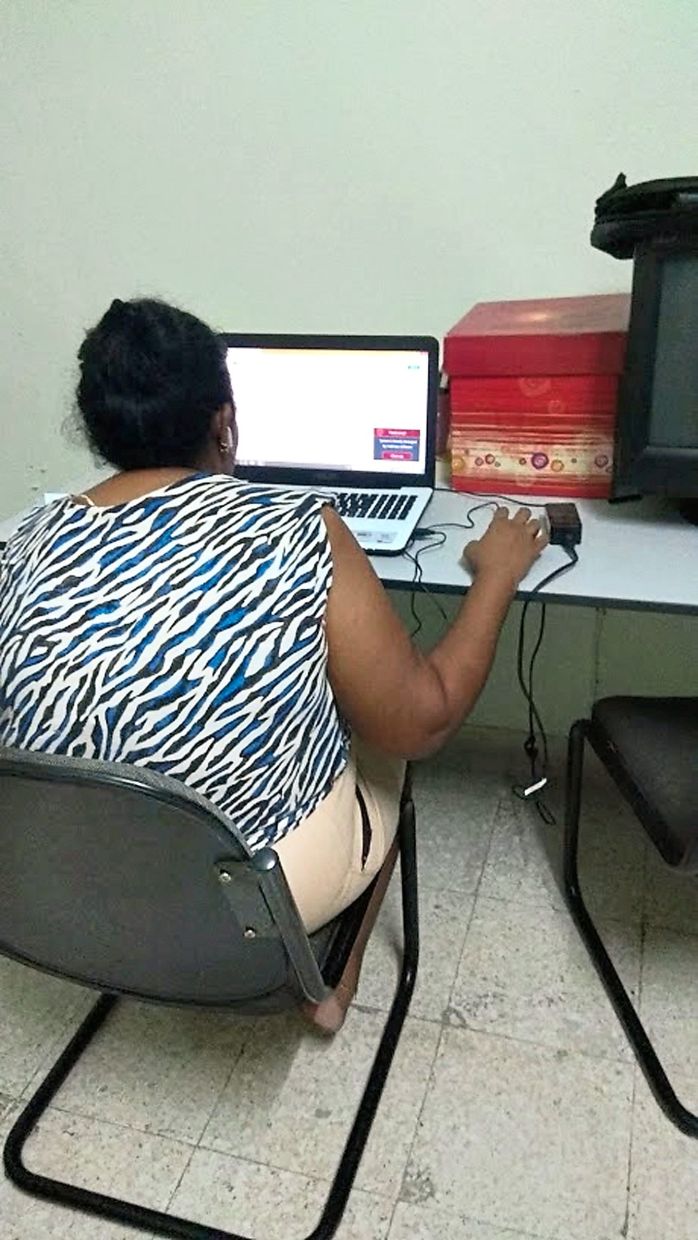 Domestic violence and abuse cuts across all socio-economic sectors, across all segments of society, and it doesn’t end during the pandemic and shelters offer victims safety and a chance to protect their children. Photo: 123rf.com

A survivor illustrates her experience of domestic violence: crying blood when she was with her abusive husband, and a rainbow of hope when she saved herself and her children by coming to the shelter. Photo: Rumah Perlindungan Sosial YWCA

The living room where residents can relax and do some reading. Photo: Rumah Perlindungan Sosial YWCA

The activity area where most of the residents spend their time during the day. Photo: Rumah Perlindungan Sosial YWCA

A corner for the toddlers to play and learn (before the MCO). Photo: Rumah Perlindungan Sosial YWCA

A discussion on reproductive health and contraceptive choices with young adults as part of the empowerment education at RPS Shelter (before the MCO). Photo: Rumah Perlindungan Sosial YWCA

Who can children call when in distress?