Dear Thelma: My parents call me weak and have no time for me

I am a 17-year-old girl who just finished Pre-U and currently enrolling in a university. Although I realise many of my peers are on the same path as I am – like many of my friends – I find the reality quite hard to fathom and am constantly stressed about it.

The thing is, I do not feel like discussing how I’m feeling with my parents or siblings. I do not feel close to them and although I do appreciate their presence, opening up to them is something I constantly fret over in my mind.

My parents are demanding in terms of my studies, my mother mostly, even though I have been performing very well in my examinations these past few years.

I feel stressed and there were many instances when I wanted to convey my feelings to them but my lips failed. But my eyes succeeded in leaking out tears, which only led to my mother questioning why I’m crying, which only made it worse. I hate being told that, but they don’t know.

I have my reason for not telling them how I feel. In the past, I tried talking to them, but I felt that I was being ignored. My words just seemed to go over them, and whatever was happening to me didn’t interest them.

I dislike being ignored, hence my fear of telling them about my feelings. I understand that my parents are very busy, plus I’m the youngest in the family (with two older siblings), which probably means that they don’t have the time nor the energy to deal with my issues; what is a big thing to me is, I think is a petty matter to them.

They never asked me how I feel about things or generally about anything, although I don’t doubt that they love me.

There were instances when they’d ask how my day was but I felt that they’re not listening to my answer as they continued working on their phones. Hence, it makes me think that they’re only asking for the sake of asking, not because they’re interested.

Perhaps I played a role in this distant relationship with my parents, as I don’t usually spend time with them (e.g. watching a show together). Their schedule doesn’t allow it, and even when they are free, I tend to keep quiet to avoid conversation or awkward situations, in case they say something that might make me angry, then sad again.

I have a pet cat and a boyfriend (about whom I am afraid of my parents finding out) who is supportive, which helps keep my emotions in check. I want my parents to understand me, and I know that you will suggest that I talk to my parents to sort things out, but as I mentioned earlier, they don’t seem to listen or sometimes worse, hit back at me for being weak, and I am not exactly the most confident person you’ll meet.

The one thing that springs out from this letter is that you’re overstressed. The quick anger and tears are classic symptoms. As you’re in Pre-U or about to go to Uni, you will have access to free counselling.

Go have yourself assessed; it’s just a conversation.

At your age you should look to talk methods first, like stress-busters and happiness scheduling. Give it two months. If it doesn’t start to work then, talk to a doctor.

As for your relationship with your parents, when I read your letter one way, it looks as though your family members are having communication issues that are leading to various problems and misunderstandings. I feel that your anxiety will fuel stress as well.

When I read it another way, it looks as though your parents are distant, demanding and authoritarian, which is a recipe for disaster.

I can’t tell, so I’m going to talk and then you can decide the best path for you to take.

One part of your letter that bothers me is the way your parents react when you tell them you are stressed. When a 17-year-old says they’re stressed and unhappy, being stigmatised as weak is not just mean, it’s harmful.

By sneering at you, your parents are essentially shaming you for not being able to cope. That’s not right. You’re a child and your coping skills are not yet fully developed. A nurturing parent would sit down, talk you through it, and support you.

My question to you would be: are they doing it on purpose? Do you have the feeling that they enjoy being mean to you? I ask, because there are people who have kids when they don’t actually like them. So, they do a lousy parenting job.

If your parents are actively abusive, then you will see a pattern of behaviour that includes some of all of the following: they often say hurtful things to you, they set impossible standards, you’re frightened of upsetting them, they use violence (caning and beating) to control you, and they may also use privilege against you, like saying that kids have no rights, aren’t allowed to have emotions, must always be humble, and so on.

Should that ring a lot of bells, then I suggest you talk to a counsellor, or call Talihan Nur 15999.

Suppose that the above doesn’t apply. Then I would suggest that your parents made a mistake.

Parenting is one of the hardest jobs in the world, and your parents may have said it in anger or from tiredness. If that’s so, then we also need to take into account that you are anxious and not good at communicating.

If that’s the case, talk to a Pre-U counsellor. They should be able to coach you in what to say, how to say it, and to anticipate some of the things that may come up. Basically, you practise in a safe space, then go home and do it “live”.

Another possibility is that your parents think being mean is helpful. I know that sounds crazy, but there are adults who believe that bullying is good because it toughens kids up. As a parenting strategy, it’s a disaster. Bullying does not teach skills; it only makes kids anxious and it drives them away.

Sadly, bully parents don’t figure that out until it’s too late. That’s why you see some older people moaning that their kids don’t visit, don’t call and don’t like them very much. It comes as a big surprise to them that bullying doesn’t inspire love.

Again, it’s not a disaster because you can address it. If this is an issue, talk to the counsellor and figure out what you can do. Practise in the safe space and then go home and do it live.

The rest of your letter can be interpreted in several ways too. Like dating. At your age, you should be dating a little as it teaches vital relationship skills. Again, your anxiety and lack of family communication may be at play here.

Or, as parents know the havoc early love can play, some react with blanket bans on dating. That’s not a great way to handle it, but as I said earlier, parenting isn’t easy.

Alternatively, there may be darker issues at hand, such as isolation and shaming you for wanting relationships. As I said, there isn’t enough information for me to be tell either way.

So please, the first step is to get help for the anxiety as soon as possible. Then have a good think, and chat with a mental health professional to see what is underlying these issues with your parents.

Whatever it is, you are not helpless. Go and find the support you need, and start working on it.

Dear Thelma: Everyone seems fine staying home but I am struggling

Dear Thelma: I gave her everything but she dumped me

Dear Thelma: I am depressed, socially awkward and feel so lost 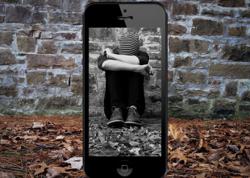