Hi, neighbour! I know what you had for supper last night

After several weeks at home, here’s what I know: That couple in the building across the alleyway, the ones we casually spot from the back of our apartment, the ones on rowing machines every morning and Pelotons every night, one of them has been murdered and her body bundled into industrial garbage bags and removed in the dead of night. I mean, I haven’t seen her in days and what other explanation could there be for her disappearance?

Everyone else in that human terrarium across the alleyway is there, as usual.

Everyone is home, in lockdown, day after day after day, noticeable in their windows. I watch about a dozen people in that building across the way with some regularity. Not actively, I’m not snooping or spying or stalking. I’m just seeing, watching and co-witnessing their days.

Knowing our neighbours see us, and that we see them, it’s part of the deal when you live in a large city. In fact, it’s one of the hidden pleasures of city life, not spoken of enough, and right now, with everyone at home, we’re in the golden age of watching our neighbours fold laundry.

I see you, guy who hasn’t changed his shirt.

And you, elderly man in silhouette, perfectly framed, sitting all day.

I see that couple whose apartment glows red and are obviously hosting nightly fight clubs; and the dude who cooks at his stove in tighty-whiteys under a seedy ultraviolet; and that family huddled over their eight or ninth 1,000-piece puzzle this month; and the woman seated at a grand piano who seems to know the entire Duke Ellington catalog. 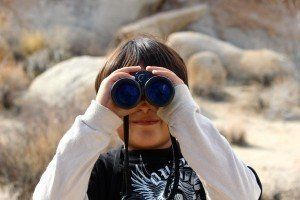 Passing the days in the times of a lockdown. Photo: Visualhunt.com

I have met none of you and I doubt that I would recognise any of you on the street. Not even the guy who owns two bulldogs. The other night, after John Prine died, we had the windows open as a spontaneous singalong of Angel From Montgomery erupted from a neighbour’s backyard. When you’re outside, that woman’s piano can lend an everyday elegance. The clang of the Red Line, sputter of exhausts and chime of sirens provide a steady subconscious mumble. But mostly, our view of the neighbours is expansive and silent.

Many Chicagoans, in much taller buildings and denser neighbourhoods, get no sound or sky at all, or even a clear view of the street. But they probably see this: an enormous vertical wall of windows directly across from them, displaying the lives of others and forcing a kind of benign voyeurism. I like to think of these views, including my own, as like the cutaway pages in children’s books, peeled back to reveal skeletons of the households inside. Or maybe it’s closer to a zoo – watch the residents long enough and someone inevitably picks their nose.

But mostly, if you see the neighbours living their usual lives, and it’s getting harder to avoid this at the moment, it’s reality TV – it’s a show starring real people moving around inside a box, offering an edited view of their reality. Curtains are pulled shut, of course, but like Jimmy Stewart in Rear Window, you’re always astonished how much mystery remains on view.

Jennifer Hosey is a well-known real estate agent based in Streeterville. When she lived on the 25th floor of a high-rise at State and Lake, she never saw anyone in any of the nearby apartments having sex, she said. I had not asked if she had, and yet somehow she read my mind. Frankly, she sighed, “people’s lives don’t tend to be that interesting.”

Still, she’s noticed her clients “never want their neighbours too close". People living in a city assume their neighbours can see them, but they don’t want eye-to-eye contact. They don’t know the person watching, and they will never know that person. But they also don’t want them to acknowledge that they can see you and you can see them. Which is awkward, maybe an invasion of your privacy or their privacy, but also kind of inevitable.”

Teresa Curdova is director of the Great Cities Institute at the University of Illinois at Chicago. She lives in the West Loop. She hopes nobody saw her washing her windows the other day. But they probably did. From her condo, she can see a guy on his laptop all day. “I can tell he hasn’t been there long. None of his furniture or things are arranged yet.”

She doesn’t think of window watching as creepy.

More like, welcome routine in hard times, or a reminder that no matter how nice or lousy your apartment is, we’re all just watching Tiger King. It’s part of what sociologists call social cohesion, the connections within a community, intentional or not. 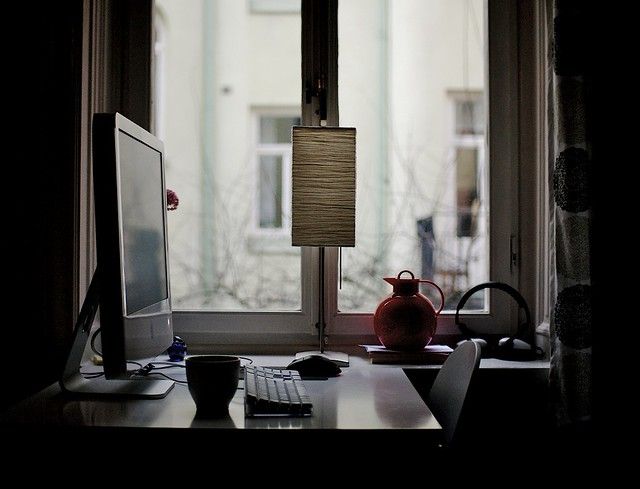 Becareful what you wear at home; someone might be watching. Photo:Visualhunt.com

Cordova’s been thinking lately of the 1995 heat wave that killed more than 700 people in Chicago, and how, on neighbourhood streets that didn’t have much of an old porch-sitting culture left to keep watch over the comings and goings of residents, people spent so much time inside that many had no idea if the neighbours had air conditioning or were sweltering to death.

Indeed, the idea that Chicagoans are probably watching their quarantined neighbours right now with more attention than usual, it comes at a curious time in American culture.

So, we increasingly don’t know or spend time with the people next door. Since the early 1970s, the National Opinion Research Centre at University of Chicago has conducted a General Social Survey of American attitudes and worries; using data from the Centre, economist Joe Cortright found in a 2015 study that only 20% of us had any meaningful contact with neighbours, an inverse of generations earlier, when a third of Americans hung out with their neighbours at least once a week.

Which makes actual connections across windows all the more startling.

Laarni Livings lives in a South Loop high-rise with such a good view of her neighbours that her family gives nicknames: There’s ”blue-light guy” and “naked chef, ” who is not to be confused with “naked guy.” But then, through social media channels, Livings learned that her own family had become known by the neighbours as “the big-ass TV people.”

She’s since become friends with them, apologised for “watching Star Wars for the 10,000th time” and asked her husband to watch HBO only after the neighbour’s kids are asleep. She’s also now one of the organisers of the South Loop quarantine singalongs. The downside, of course – surveillance.

We can act like a nation of amateur sleuths and Peeping Toms, eager to see something and say something. The neighbourhood networking site Nextdoor reads at times like a litany of potentially-sketchy outsiders; the New Yorker magazine noted a while back that telescope sales are suspiciously robust in large cities where star watching may be difficult at best.

Molly Uyenishi lives in a River North high-rise. She told me, “We have this older woman we see who comes out onto her balcony to water flowers and just today actually, we noticed, oh, she was wearing this pair of binoculars around her neck. So, interesting...”

James Valadez is out walking his pug. He figures the odds are low of someone accosting him in CVS to say they’ve seen him naked. He chalks it up to the cost of living in a city high-rise. Himself, he’s been watching the Brown Line trains from his window. “It’s like, in a way, you’re looking into the lives of the people who normally would be out there on those trains. And so the trains are empty, and nobody is riding. Like everyone else, they’re home.” – By Christopher Borrelli/Chicago Tribune/Tribune News Service