Large gatherings being cancelled due to Covid-19 is affecting everything, from concerts to weddings. — Dreamstime/TNS

Katie Campbell bought a leather jacket with her wedding date – March 21,2020 – monogrammed on the back, six months ago. She and her fiance, Ryan Jernigan, planned to celebrate their nuptials with 150 guests at The Cannon Room in downtown Raleigh, North Carolina, the United States.

But just a week and half before the wedding, the couple decided to call it off, thanks to Covid-19, the disease caused by the novel coronavirus.

“It wouldn’t be safe for all of our families, ” Campbell, 27, said. “This thing isn’t slowing down.”

It’s not officially wedding season yet, but Campbell and Jernigan aren’t the only ones who might have to cancel or postpone their wedding celebration.

Gov Roy Cooper has ordered that all gatherings of more than 100 people be cancelled or postponed.

“Today, I’m issuing an executive order to stop mass gatherings of more than 100 people across our state, ” Cooper said in a press conference on March 14. “As you know, we issued this as guidance on Thursday (March 12). However, despite this guidance, several venues continued their events.

“So today’s order makes it mandatory. This is a risk we cannot tolerate. No concert is worth the spread of this pandemic.”

But the order is sure to affect events beyond concerts, as the number of Covid-19 cases in North Carolina continues climbing.

Joey Armas and his fiance, Jamar Turner, have plans to get married on June 26. But they, too, are worried about how the coronavirus may affect their plans.

“There’s so much stress as it is, even without the prospect of this virus, ” Armas said. “I have my aunt who lives in Delaware, she has stage four cancer. And what if some people in our wedding party contract the virus?”

Armas and Turner have decided they’ll make their decision 45 days ahead of the wedding, but the amount of money they’ve already put towards their wedding is a factor. None of their vendors have suggested cancelling at this point, though, Armas said.

“We’ll probably just reach out to all the guests and get a feel of where they’re at and take some proactive measures, ” Armas said. “The last thing anyone wants to do is put someone else in danger.”

Armas and Turner’s photographer, Jessica Fowler of Three Region Photography, said she hasn’t had any clients postpone or reschedule yet, though some are considering it.

“Luckily, I have really small intimate weddings this year so most of mine are not over 100, ” Fowler said in a text message. “However, some of my photographer friends have had their weddings rescheduled.”

Neither Campbell and Jernigan nor Armas and Turner’s wedding vendors have asked or suggested they cancel their weddings, they said.

The Cannon Room contacted Campbell before they decided to postpone, Campbell said.

“They sent an email that was, ‘Hey, we are not panicked, but if something happens we will work with you to make arrangements, ’” Campbell said.

The Leslie-Alford-Mims House, a historic home and wedding venue in Holly Springs, has seen multiple wedding postponements as a result of the coronavirus. Some of the venue’s clients have also decided to decrease their guest counts rather than cancel or postpone altogether.

“Once we saw that this was probably going to happen, we sent an email to all of our clients letting them know we were more than happy to work with them, ” said co-owner Priscilla Erwin. “We haven’t had to be stern with anyone, thank goodness. I think everyone has kind of realised the seriousness of the situation. It’s not necessarily a joke anymore. I think they’ve been willing to make the concessions needed.”

The venue did have a wedding on March 14, but all staff members wore gloves, she said.

“We had sanitation stations all across the venue, ” Erwin said. “We cleaned the restrooms more frequently than we have in the past. We had the house disinfected top to bottom prior to the wedding.”

All in all, the changes haven’t been detrimental to the facility, Erwin said. But if this were happening in May or June – which is peak wedding season – it would be much more difficult to reschedule weddings.

“This is uncharted territory for sure, ” Erwin said. “We’ve dealt with tornadoes and hurricanes coming through, and even snowstorms postponing some weddings. But that’s really, really rare, and it’s usually just one wedding. It isn’t anything that we ever thought would happen.”Right decision

One of the reasons Campbell and Jernigan decided to postpone their wedding was because of their elderly and high-risk friends and family members. Armas and Turner are considering postponing for the same reason.

Less than two weeks before the original wedding date, Campbell started receiving texts from some of their older guests. “I’m being told I can’t get on a plane, ” they told Campbell.

Campbell, who has multiple sclerosis, made a visit to her doctor who made her highly consider postponing.

“I can’t tell you to cancel your wedding, ” Campbell said her doctor told her. “You won’t be able to hug or kiss anybody.”

“We felt like the decision was being made for us. Both of us came to peace with it, ” Campbell said. And she noticed a sense of relief among her guests when she notified them. “I made the right decision.”

Campbell and Jernigan haven’t set a new date yet. But Campbell says she won’t be ordering a new leather jacket with a new date on it.“We have a bunch of stuff with our wedding date on it, but I’m not repaying for it, ” Campbell said. – Tribune News Service/The News & Observer (Raleigh, N.C.)/Lucille Sherman 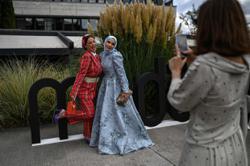 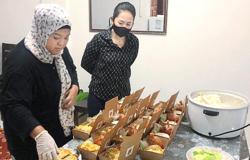