On Monday (Jan 23), Puteri Sarah Liyana shared on Insta-story of a ripple effect stemming from Syamsul Yusof’s decision to marry another woman without getting his family’s consent first.

The actress says she was dumbfounded when her six-year-old son asked her if his father had married another woman, and if that was the reason for his absence at home.

“Just came back from a photoshoot. And upon entering the house, Syaikul asked, ‘Mama, is it true that dad married someone else?’” Puteri Sarah, 37, wrote.

“‘Is that why he has not come home? Why does dad have someone else?’ How do I answer the questions of a six-year-old? I am at a loss for words.”

In that same post, Puteri Sarah also lashed out at Syamsul, 38, for having created this situation in their family.

“Has it ever occurred to you that one day you have to answer to your children? No! You only ever think about what you want, and what you need.

“To all the men out there who are preaching that polygamy is Sunnah (a practice of Islamic community), please study the Islam religion again. And do think of the consequences.”

On Jan 6, Syamsul announced on Instagram that he got married to Ira Kazar, 27, in Thailand, and that she is his second wife, whereas Puteri Sarah is his first wife.

The news came as a surprise to many including to members of Syamsul's family, as reported by various media. Apparently, only Ira's father was present at Syamsul and Ira's wedding in Thailand.

On Jan 16, Puteri Sarah filed for divorce from Syamsul at Syariah Court on the grounds that there was no more understanding between them and that they could no longer live together as husband and wife.

The case has been set for mention before a judge on March 7. According to a report by Bernama, Puteri Sarah had also filed a suit in June last year against Ira, claiming that she had been at the receiving end of a barrage of harassment and threats from the younger woman via social media.

The court granted Puteri Sarah an injunction to prevent Ira from approaching and harassing her, her husband and her family.

Syamsul, who made a killing at the box office with last year's Mat Kilau, is in the midst of shooting his next film, Original Gangster.

On his last Instagram video regarding his personal life, Syamsul maintains that he is always there for his children and that he works hard for his family.

Puteri Sarah files for divorce from husband Syamsul Yusof: 'It's enough I was his wife for 9 years'

Puteri Sarah wants to end marriage with Syamsul Yusof: 'You are a toxic and narcissistic husband... done being mentally tortured'

Puteri Sarah tells husband Syamsul Yusof to stop acting innocent: 'Do not use God's name to make (yourself) an angel' 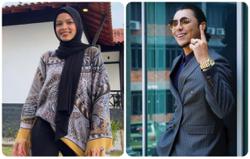 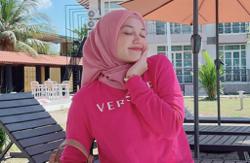