She says she 'was kind of sad' and felt 'super self-conscious' after the meme poked fun at her body. Photo: TNS

In an interview with Hunger magazine, the Miseducation Of Cameron Post star shared that memes comparing her to the short-lived Family Guy character – whose body is nothing more than a pair of long legs under a face and arms – negatively impacted her self-image.

"Everyone was making fun of my body and I brought it up with someone and they were like, 'Oh, shut the (expletive) up, it's funny,'" she told Hunger.

"And I just remember sitting there and thinking, my body is being used as a joke and it's something that I can't change about who I am, and it is being posted all over Instagram."

In the interview published last Tuesday, the actor recalled being in the public eye for a majority of her life, and how her body garnered attention on social media.

Moretz spoke specifically about a paparazzi photo in 2016 that captured her carrying leftover pizza into a hotel. In the photo, the actor was dressed in a black shirt, shorts and high heels.

But when Moretz's photo circulated the internet, trolls had their way with it, altering the photo to look like Moretz had a shorter torso. They then compared the actor with the Family Guy character, who appeared in the 2011 episode Amish Guy.

"It was something so benign as walking into a hotel with leftovers," she said. "And to this day, when I see that meme, it's something very hard for me to overcome."

She said she "was kind of sad" and felt "super self-conscious" getting dressed and appearing in front of cameras after the meme poked fun at her body.

"I think that body dysmorphia – which we all deal with in this world – is extrapolated by the issues of social media," said Moretz. "It's a headf—."

Since becoming a "recluse" as a result of the jokes about her body, the Hugo actor eased her way back into the spotlight. She most recently appeared in the films Mother/Android, Tom & Jerry and Shadow in the Cloud. – Los Angeles Times/Tribune News Service 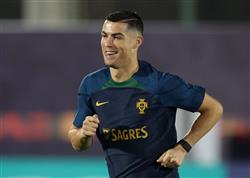