According to a report from entertainment portal Deadline, Rock referred to Smith’s portrayal of legendary boxer Muhammad Ali in the 2001 movie Ali and said: “Yes, that s*** hurt. He played Ali. I can’t even play Floyd Mayweather.”

At the Oscars in March, which was televised live, Smith, 53, had gone on stage and hit Rock, 57. This was after Rock cracked a joke about Smith’s wife, Jada Pinkett Smith, 50, who has alopecia and appeared with a shaved head.

Smith later resigned from the Academy of Motion Picture Arts and Sciences. He has been banned from attending its ceremonies for 10 years and has seen his once-stellar reputation take a tumble.

In his six-minute taped apology, which went viral, he spoke directly to the camera and appeared to be fighting back tears as he said he was open to talking to Rock when he was ready.

At his London show, Rock again called the Hollywood star “Suge Smith”. He reiterated that he was back at work the following day after the slap and he was not a victim, which he had mentioned briefly in previous shows.

Smith’s slap was also brought up during Chappelle’s set, which followed Rock’s, during which he spoke about his own experience of being assaulted on stage in May.

Chappelle, 49, ended by imploring audience members to be themselves, unlike Smith who “did an impression of a perfect man for 30 years”.

He added: “I just hope he doesn’t put that mask back on.” – The Straits Times/Asia News Network 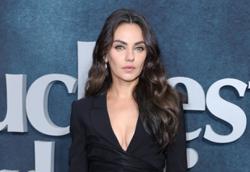