Anne Heche started her acting career in the late 1980s. By the late 1990s, she starred opposite big names such as Johnny Depp, Robert DeNiro and Harrison Ford in a string of hit movies. Photo: AP

American actress Anne Heche has died on Aug 12, a week after a car accident that left her in a coma, The Guardian and Rolling Stone reported. She was 53.

Heche's friend Nancy Davis confirmed the actress' death on Instagram, writing: “Heaven has a new Angel. My loving, kind, fun, endearing and beautiful friend @anneheche went to heaven. I will miss her terribly and cherish all the beautiful memories we have shared."

Heche's spokesperson released a statement to NBC News shortly after media started to report on the actress' death.

"Today we lost a bright light, a kind and most joyful soul, a loving mother, and a loyal friend. Anne will be deeply missed but she lives on through her beautiful sons, her iconic body of work, and her passionate advocacy.

"Her bravery for always standing in her truth, spreading her message of love and acceptance, will continue to have a lasting impact," Heche's rep told the news outlet in a statement.

The rep also told People magazine that, while Heche is legally dead according to California law, her heart is still beating. At press time, the actress is still on life support in order to allow OneLegacy Foundation to find recipients who will be a match for organ donation.

According to reports, Heche was pulled by firefighters from her burned Mini Cooper. It took 59 firefighters over an hour to put out the blaze caused by the accident. Anne Heche's first acting job was in the TV soap 'Another World' in the late 1980s. Photo: Anne Heche/Instagram

Heche was rushed to the hospital. She never regained consciousness.

"Shortly after the accident, Anne Heche became unconscious, slipping into a coma and is in critical condition," her rep told Los Angeles Times. "She has a significant pulmonary injury requiring mechanical ventilation and burns that require surgical intervention."

On Aug 11, Heche's family released a statement stating that she suffered from severe brain injury and was not expected to survive.

"We want to thank everyone for their kind wishes and prayers for Anne's recovery and thank the dedicated staff and wonderful nurses that cared for Anne at the Grossman Burn Center at West Hills hospital.

"Unfortunately, due to her accident, Anne Heche suffered a severe anoxic brain injury and remains in a coma, in critical condition. She is not expected to survive," the statement read.

The family added that Heche was kept on life support to determine if her organs could be donated. Heche started her acting career in the late 1980s, starring in the soap opera Another World. She won a Daytime Emmy for Outstanding Younger Actress In A Drama Series in 1991 for her performance on the soap.

By the late 1990s, she transitioned to big screen and appeared in high-profile films such as Donnie Brasco opposite Johnny Depp; Wag The Dog, which also starred Robert DeNiro and Dustin Hoffman; Six Days, Seven Nights with Harrison Ford; the remake of Psycho; and the slasher flick I Know What You Did Last Summer.

She also wrote a memoir in 2001 and most recently hosted a podcast series titled Better Together.

In a statement to People, Homer said: "My brother Atlas and I lost our Mom. After six days of almost unbelievable emotional swings, I am left with a deep, wordless sadness. Hopefully my mom is free from pain and beginning to explore what I like to imagine as her eternal freedom." 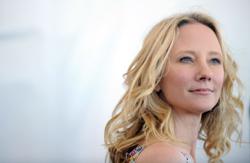