Comedian Kevin Hart has added his voice to those seeking reconciliation between Chris Rock and Will Smith in the wake of what has come to be known as the Slap Heard Round the World.

“Will is apologetic,” Hart told Entertainment Tonight at the Los Angeles premiere of his new animated movie, DC League Of Super-Pets.

“People are human and as humans sometimes we make mistakes,” Hart said. “So it’s not about talking about the past, it’s about acknowledging the present and doing your best to move forward.”

Smith famously walked up to Rock as the latter was presenting at the Oscars and landed a solid slap across his face after he made a joke alluding to the alopecia that Smith’s wife, Jada Pinkett Smith, suffers from.

Smith later apologised to Rock and resigned from the Academy, which conducted an investigation and banned him from attending any Oscar ceremonies and other events for the next 10 years.

Hart indicated that Smith had made as many amends as possible and had learned from the kerfuffle. He also said he hoped the pair would one day be friends again.

“I can get only hope that the two of them find a way to find some solace in that and move past it,” Hart told ET. “I just like good energy. I love to see people be the best.”

Hart knows of what he speaks when it comes to expressing contrition amid public controversy. He pulled out as host of the 2019 Oscars after past homophobic comments surfaced, for which he later apologised.

The comedian is not the first person to wish for reconciliation between Smith and Rock. Pinkett Smith herself said last month that she hoped the two would “heal” their relationship. – New York Daily News/Tribune News Service 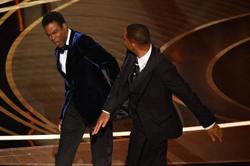