Before Oscars slap, Will Smith had a vision of his 'whole life... getting destroyed' 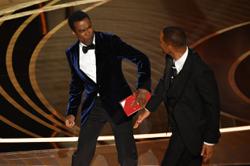 He recalls on a talk show the 'individual most hellish psychological experience' he ever endured while on a spiritual retreat in Peru. Photo: AFP

In a TV special filmed before the 94th Academy Awards took place, Will Smith recounted a prescient and frightening vision he had of his "whole life... getting destroyed."

While speaking with David Letterman for his series My Next Guest Needs No Introduction, Smith recalled the "individual most hellish psychological experience" he ever endured while on a spiritual retreat in Peru.

A title card at the top of the Smith episode notes that the interview was taped prior to the 2022 Oscars ceremony, during which Smith infamously walked onstage and slapped presenter Chris Rock in the face.

Though he ended up winning an award that night for his acclaimed performance in King Richard, the film academy later banned Smith from attending the Oscars for 10 years.

On My Next Guest Needs No Introduction, Smith reminisced about taking an extended acting hiatus and vacationing in Peru, where he embarked on 14 "journeys" with ayahuasca, a plant-based psychedelic drug brewed among Indigenous communities in South America.

"I'm drinking (ayahuasca), I'm sitting there, and then all of a sudden... I start seeing all of my money flying away, and my house is flying away and my career is going away," Smith told Letterman.

At one point, Smith said, he hallucinated his young daughter Willow screaming for help, but he couldn't see where she was.

"I stopped caring about my money; I just wanted to get to Willow," he continued.

The fallout from Smith's Oscars outburst was harsh and swift.

Before the academy decided on its official punishment, Smith apologised twice for his actions and resigned from the organisation despite having just won his first Oscar.

According to the Hollywood Reporter, multiple Smith projects were put on pause in the wake of the incident, which prompted a severe public backlash.

"When I came out of (the ayahuasca trip), I realised anything that happens in my life, I can handle it," Smith told Letterman.

Though many have weighed in on the watercooler moment that derailed the 94th Academy Awards, Rock has kept relatively quiet about the ordeal.

And he hasn't apologised for the joke he made about Jada Pinkett Smith that provoked her husband. (While presenting the award for documentary feature, Rock made a quip about Pinkett Smith's hair. Pinkett Smith has alopecia, a medical condition that causes hair loss.)

"You can't protect your family," Smith told Letterman. "That's not real.... Protection and safety is an illusion. You have to learn to live with the reality that any moment, anything can be gone in one second." – Los Angeles Times/Tribune News Service 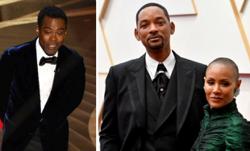 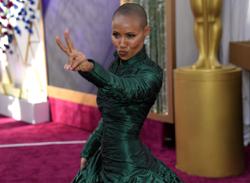