Austin St. John (left) with other actors at the premiere of 'Power Rangers' on 2017. Photo: AFP

The actor who played Red Power Ranger in the Mighty Morphin Power Rangers films and television series has been charged with wire fraud conspiracy relating to the federal Paycheck Protection Program, officials said.

Geiger was arrested Tuesday (May 17) and remained jailed pending a Monday detention hearing before a federal magistrate in the Dallas suburb of Plano, according to court documents. He pleaded not guilty to the single count against him and “intends to vigorously defend himself against this allegation”, said his attorney, David Klaudt of Dallas.

The Payroll Protection Program was part of the CARES Act designed to provide emergency financial assistance to millions of Americans who were suffering the economic effects caused by the Covid-19 pandemic.

In a statement issued Thursday, federal prosecutors said the 19 defendants made fraudulent applications for payroll protection benefits during the pandemic lockdown and used the proceeds for personal purchases and expenditures. In all, the defendants were accused of obtaining at least 16 loans worth at least US$3.5mil.

If convicted, each could be sentenced to up to 20 years in federal prison. – AP 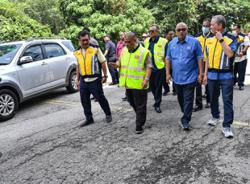 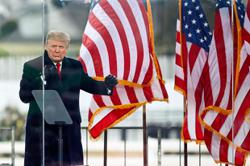