Girls’ Generation’s paved the way for the K-pop frenzy around the globe and contributed to the boom of the genre by going on world tours and taking over American talk shows. Photo: Handout

Girls’ Generation is making a long-awaited comeback in August in celebration of its 15th anniversary.

After rumours that the K-pop legend is returning with a new batch of songs, the band’s agency S.M. Entertainment confirmed Tuesday (May 17) that the band will drop a new album sometime in August.

The band also plans to appear on various television programmes to celebrate the 15th anniversary album and launch a new reality show, according to the agency.

The company said it would provide more details on the new album at a later time, as well as it’s exact return date.

Debuting in August 2007 under K-pop powerhouse S.M. Entertainment with the iconic single Into The New World, Girls’ Generation has since grown into a juggernaut among idol groups.

And at a time when K-pop’s presence was almost unheard of, the group won the hearts of international fans through chart-topping albums and a series of hits like Gee, Genie and Lion Heart. At 13 years old, Gee still stands strong as a bright love song today.

The group also paved the way for the K-pop frenzy around the globe and contributed to the boom of the genre by going on world tours and taking over American talk shows. It also became the second female K-pop act to host a concert at Tokyo Dome, following girl group Kara.

This marks Girls’ Generation’s full return as an eight-piece act in nearly five years since it last dropped its sixth LP, Holiday Night, in August 2017.

Girls’ Generation has not been active as a group since then as Soo-young, Seo-hyun and Tiffany announced their departure from the entertainment firm in the same year.

The other five bandmates -- Yoona, Tae-yeon, Yuri, Sunny and Hyo-yeon -- have renewed their contracts with the agency and continued their careers as Girls’ Generation-Oh!GG, the band’s second subunit. – The Korea Herald/Asia News Network 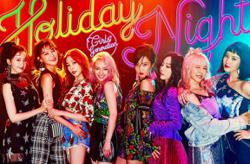 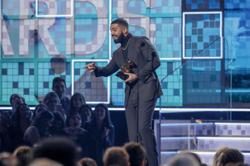