The 45-year-old's new man is a former boyfriend - South Korean musician DJ Koo, 52, also known as Koo Jun-yup. He was part of the 1990s South Korean dance music duo Clon, which was popular during its time. Koo and Hsu used to be a couple some two decades ago.

#BreakTheBias: 10 TV shows with strong female ensembles that we love 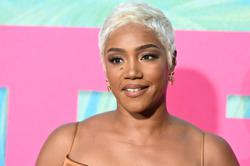