Paul Wong posted on Weibo a photo of him and his wife, Athena Chu, kissing each other on her birthday on Oct 25, 2021. Photo: Paul Wong/Weibo

Hong Kong musician Paul Wong may not be with his wife, actress Athena Chu, on her 50th birthday, but she is definitely on his mind.

On Chu's birthday on Monday (Oct 25), Wong posted on Weibo a photo of them kissing each other, captioned: "Happy birthday, dear! Please wait for me to come home."

Wong, 57, the guitarist of legendary Hong Kong band Beyond, is currently in Haikou city on China's Hainan Island taking part in reality show Call Me By Fire, which features other male celebrities such as Taiwanese actor Jerry Yan and Chinese actor Vincent Zhao.

She is also known for playing the fairy Zixia in the two-part movie A Chinese Odyssey (1995), starring Stephen Chow and the late Ng Man Tat.

Chu's recent appearances are mostly in mainland Chinese shows, acting in Chinese movies such as romantic film Once Again (2017) and featuring in reality shows such as Get Smart! Dad (2020). – The Straits Times/Asia News Network 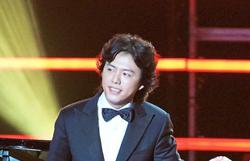 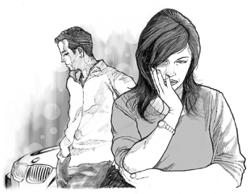