Actress Gong Li has sparked a debate on the Internet with her comment that actors do not need acting skills, as reported by Chinese media.

At a workshop at the Beijing International Film Festival on Friday (Sept 24), Gong, 55, was sharing on her acting experience when she was asked about her understanding of the term "acting skills".

"I think the term is not quite right. Actors do not need skills," the China-born Singaporean actress said.

"Actors should use their heart to play the roles, as characters created through skills will be stiff."

Gong, who is the chairman of the festival jury, said: "Acting skills are not like athletes' sporting skills, but you should prepare in advance if your role has a special identity or special skills. No matter how they will be displayed in the films, the skills must grow on you."

She used her role as chief geisha Hatsumomo in the Hollywood film Memoirs Of A Geisha (2005) as an example.

She had to twirl fans around for a scene, which film director Rob Marshall deemed as important.

Gong thought the scene would last at least five minutes and spent months perfecting the move. It eventually lasted only one second in the film.

Some Chinese netizens agreed with her comments, while others said it applied only to certain experienced actors like herself and young actors should hone their skills step by step.

‘Squid Game’ player no 067 has a Malaysian doppelganger 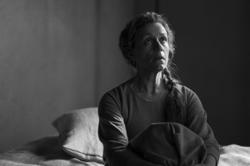