Rose says she must have rice before any big event. Photo: Handout

Blackpink member Rose may be a part of the biggest K-pop girl group in the world right now, but when it comes to food, she's pretty much like most of us, Asians.

In a video posted by Vogue which featured the K-pop star preparing for the Met Gala, Rose revealed a ritual she has to do before every important event - having a bowl of rice.

"Do we have rice?" asked the 24-year-old in the video. She was left in disbelief when the staff informed her that they didn't. The star went on to explain that she must always eat rice before a big event, which in this case was the Met Gala. "Before anything important, I always have rice," she said. Time to update your rider, Rose!

Rose also revealed that it was her sister who got her into fashion. She jokingly mentioned that she would always steal her sister's clothes when they were younger.

"She would give me the death stare and I would like run away," Rose said.

"I think growing up she was like my biggest inspiration. You know how little sisters look up to their older sisters," she proudly said. 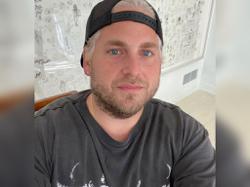