Seungkwan and other Korean stars will be trained by experts to play badminton and compete in the sport. Photo: Seungkwan/Instagram

Seungkwan from the K-pop boy band Seventeen has found a new challenge in life – badminton.

It was announced on Sept 16 that Seungkwan will be joining the cast of tvN's new variety show, Racket Boys. Other celebrities joining the show include Oh Sang Wook, the Korean fencer who recently won a gold medal for his country in the Tokyo Olympics and 14-year-old actor Jung Dong-won. More celebrities will be recruited by the station soon.

The variety show revolves around the challenge of learning how to play badminton. And it is not just fun and games. The participants will have to take the sport seriously as they will eventually participate in a national competition.

Seungkwan may have an edge over his co-stars as he recently revealed in an interview that he was really into badminton these days. "I joined a badminton club without revealing my identity," he said. The singer jokingly said that other members in the club would ask him if he was a popular person. 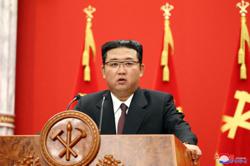