Barbra Streisand wishes Beyonce had remade ‘A Star Is Born’, not Lady Gaga 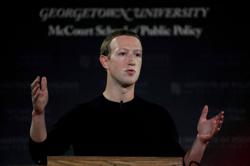 'Look, it was a big success, I can’t argue with success. But I don’t care so much about success as I do about originality,' says Barbra Streisand about the 2018 movie which stars Lady Gaga and Bradley Cooper. Photo: Handout

Huge fan of A Star Is Born with Lady Gaga and Bradley Cooper? Then maybe don’t talk to Barbra Streisand, who starred in the 1976 version of the much-remade flick and has some things to say about its 2018 incarnatio

Primarily, the 79-year-old singer-actor-director said it was too much like what she and Kris Kristofferson did in the 1970s.

“When I did A Star Is Born, I thought Judy Garland was so great in it, I thought, ‘Oh, my God, how am I gonna do this?’” Streisand said in a recent Zoom interview with Australia’s The Sunday Project to promote her new album. “'I have to change it — I’ll become a guitar-playing singer-songwriter, and Kris Kristofferson is already a singer-songwriter, and we’ll change the story a bit'.”

Sound familiar? Well, Gaga did mainly play the piano in the 2018 movie, not the guitar, but...

“At first, when I heard it was going to be done again, it was supposed to be Will Smith and Beyonce, and I thought, that’s interesting,” Streisand revealed. “Really make it different again, different kind of music, integrated actors, I thought that was a great idea. So, I was surprised when I saw how alike it was to the version that I did in 1976.”

Then Babs got even more real.

“I thought it was the wrong idea,” she said. “And look, it was a big success, I can’t argue with success. But I don’t care so much about success as I do about originality.”

Streisand had more to say about Beyonce too, and it was also a little ouch-y. But only a little.

Talking about Queen Bey’s tribute performance of The Way We Were at the Kennedy Center Honors in 2008, the Funny Girl star said the song didn’t come out right the first time Beyonce tried it. (It was unclear whether she was talking about rehearsals or the performance itself.)

“She first sang it once, and I didn’t think it was good enough, actually — for her. And again, I always think like a director. I want the best for my actors or singers. So she did it over, and she did it beautifully the second time,” Streisand said.

But she gave credit to Beyonce for being in touch with how she sounded. “I think she knew it,” the legend said. “I think she was the one who actually asked for it, to do it over.”

Streisand’s new album — available now for purchase and streaming — is Release Me 2, a collection of 10 songs from her vault. Among its treats is a duet between Streisand and Kermit the Frog on “The Rainbow Connection.” – Los Angeles Times/Tribune News Service 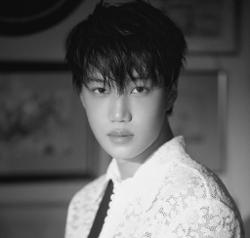 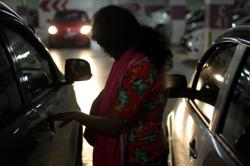