The 25-year-old has starred in hit K-dramas such as 'Sky Castle' and 'The Uncanny Counter'. Photo: Handout

K-drama actor Jo Byung-gyu, who has vehemently denied being a school bully since being accused in February, has received an apology letter from one of his accusers.

His management agency, HB Entertainment, released a statement on Tuesday (July 27): "We took legal action against those who wrote posts which sparked a baseless bullying controversy. During a police investigation, the accuser admitted that his post was a fabrication and recently sent us an apology letter."

It added that Jo had submitted his school records along with multiple testimonies from former teachers and alumni to the police.

There was another accusation which was written anonymously by someone residing overseas and legal proceedings will start once the writer enters South Korea, the agency added.

After being accused of physical and verbal abuse in February, Jo's public image took a big hit. While one accuser quickly retracted his post and apologised, another two came forward with new allegations.

The 25-year-old star of Sky Castle and The Uncanny Counter had detailed his anguish in an Instagram post in March: "My 10-year career has already collapsed and all of the projects I was scheduled to participate in have been put on hold. The damage amounts to a number I can't quantify."

He added: "The mental damage? Ever since the accusations, I keep my eyes glued to the ground when I go out and I haven't slept for weeks."

In the wake of the scandal, he had to step down from a show he was slated to be in, but it appears that his career is now recovering as he is reportedly in talks to appear in a new K-drama. – The Straits Times/Asia News Network
Article type: metered
User Type: anonymous web
User Status:
Campaign ID: 46
Cxense type: free
User access status: 3
Join our Telegram channel to get our Evening Alerts and breaking news highlights 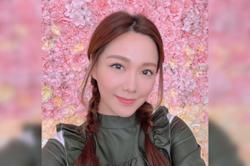