'The Sound Of Magic' immediately halted operations after actor Ji Chang-wook (pic) and one of the staff members tested positive for the virus. Photo: Handout

While the nation hunkers down for its worst wave of the pandemic, a flare-up in Covid-19 infections among actors and film crew members have forced major drama and movie productions to cancel their schedules.

The Sound Of Magic, an original Netflix drama series based on the popular webtoon Annarasumanara, immediately halted operations after starring actor Ji Chang-wook and one of the staff members tested positive for the virus.

An official from Netflix Korea told The Korea Herald on Tuesday (July 27) that they were able to detect the cases early thanks to the team’s preemptive screening.

“We were not notified of the additional confirmed patients from The Sound Of Magic members yet, but the shooting will restart as soon as the staffers and actors involved all test negative,” the official added.

Broadcasters were no exception either, as one of the actors of Affection, an upcoming KBS drama scheduled to kick off in October, was a confirmed Covid-19 case. The cast and crew, including actor Park Eun-bin, are waiting for their test results.

An official from local broadcaster KBS told The Korea Herald they will make stronger efforts to follow strict distancing guidelines throughout the production process.

Even with changes to online press conferences to minimise close contact, the country’s showbiz sector is suffering another heavy blow as the virus continues to sweep the country. 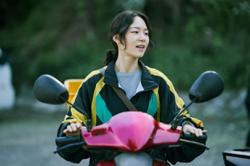