Heidi Ferrer, 50, died by suicide on May 26. Photo: Heidi Ferrer/Instagram

Dawson’s Creek writer Heidi Ferrer took her own life after battling long-haul Covid-19 symptoms for more than a year, according to an emotional note Ferrer’s husband posted on her blog GirltoMom.

The 50-year-old scribe, who also worked on the series Wasteland, died by suicide on May 26. That was 13 months after she contracted the virus that has killed 600, 000 Americas.

“The excruciating physical pain and inability to sleep from the pain led Heidi to the decision she would rather leave this world on her own terms before her condition worsened more, ” her husband, screenwriter and director Nick Guthe wrote. Variety confirmed the posting’s authenticity.

IMDB reports that Ferrer worked on two episodes of Dawson’s Creek in 1999. That preceded the launch of her blog, which chronicled her son Bexon’s struggles with progressive infantile scoliosis. He is now 13. Guther wrote that he had not shared details of his wife’s death until now out of concerns about how the pandemic was weighing psychologically on children, including Bexon’s friends.

“Over 13 months it took every part of her life away: Her mobility, her enjoyment of food as she had to eat a very restrictive diet, and, in the end, her ability to sleep and even to read books and enjoy them, ” Guthe wrote.

He called the long-haul effects of Covid “a public health crisis that must be addressed quickly.”

Guthe is also a screenwriter and director whose works include Mini’s First Time starring Alec Baldwin and Nikki Reed. He wrote that he would keep GirltoMom live as a “living document, though he would not have the time to check it regularly on account of being “a single father now". – New York Daily News/Tribune News Service 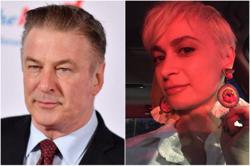 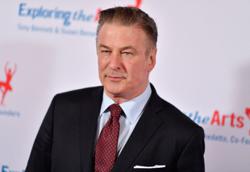