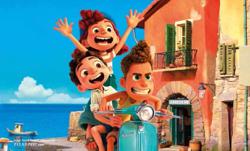 "Silencio Bruno!" The catchphrase the lead characters of Luca use to silence the doubting 'Bruno' in their heads and quell their worries may just be the one we all need in these trying times.

In the most beautifully emotive way, Luca, Pixar’s latest movie, is a painful reminder of so many things we’ve missed during this pandemic – the sun-kissed beauty of being outdoors and the reminders of much simpler times when we could run in the sun, swim in the waters, and just be with friends.

But the thing I missed the most was the chance to watch Luca in a cinema, where all my attention would be focused on the giant screen, watching colourful scene after scene flash before my eyes, engrossing my emotions into this poignant yet beautiful story of friendship and fun.

Luca, like Soul before it, deserved to be watched in the cinemas.

But here we are, still in the middle of a pandemic with no end in sight, having to catch this on TV through Disney+ Hotstar instead. But don’t let that stop you, because Luca is certainly worth watching no matter what medium it’s on. 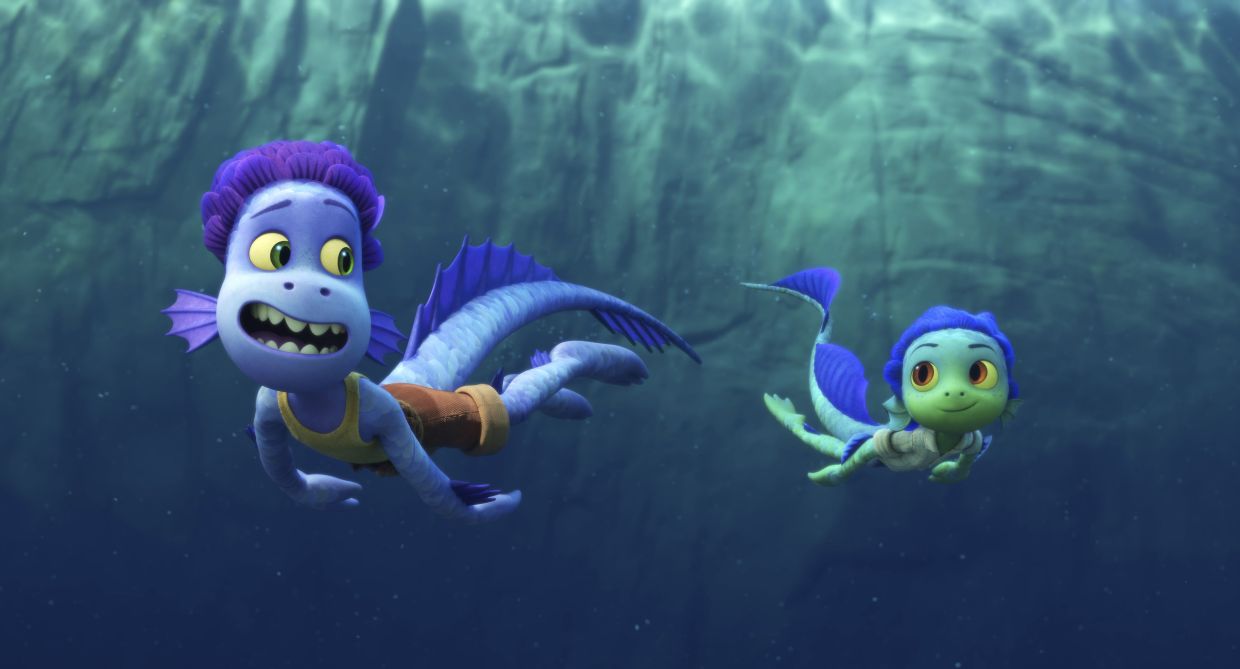 Hey, have you heard the one about a lobster who said the seaweed is always greener In somebody else's lake?

Anyway, Luca is a literal fish out of water story, about a little sea monster called, well, Luca (voiced by Jacob Tremblay) who longs to go to the surface and explore the human world. So far, so The Little Mermaid.

Luca's adventures really begin when he befriends the rambunctious Alberto (Jack Dylan Grazer) and discovers that sea monsters have a convenient ability to magically assume human form when they become dry (yes, with clothes and all. Just go with the flow and don't think about it too much.)

Spurred on by their dreams of exploring the world and owning a Vespa (again, don't ask), the two best friends decide to pay a visit to the quaint Italian town of Portorosso. There, they have a run-in with the town bully Ercole (Saverio Raimondo) and is saved by the high-spirited Giulia (Emma Berman), whom they become fast friends with. I sure hope there's no fish in this pasta!

Luca may be a sea monster who lives under the sea, though he is a far cry from the images of ferocious krakens and Godzillas that the term 'sea monsters' usually conjures up. Then again, Pixar's idea of 'monsters' has always leaned towards the cute and cuddly rather than the scary. It's this inversion of convention that has always set the animation studio apart from its peers (most of the time), and while this is less obvious with Luca, there is still a sense of wonder and magic in it.

Just like its idyllic Italian coastal town setting, director Enrico Casarosa imbues Luca with a laidback, holiday in the sun kind of vibe to it that hard to resist, and has far more in common with a Studio Ghibli movie than say, Coco or Onward (two other Pixar movies about kids going on an adventure). The more cartoon-y style of design and animation also adds to a more breezy, child-like atmosphere. If one of these birds say 'Mine Mine Mine' again, I'm going to eat it.

Some may find it a little meandering in terms of its pace, and find the relatively smaller, tighter scope of its plot rather unchallenging, but I would argue that this is exactly the sort of hopeful charm we all need right now.

For every major Toy Story, Finding Nemo, Incredibles, Monsters Inc and, er, Cars franchise Pixar has produced, there have been smaller, but no less wonderful standalone original films as well. Wall-E, Coco, Soul, Inside Out, Up, Ratatouille... these movies are the upper echelon of Pixar’s output.

Luca doesn’t quite make it to that level, but is still a lovely film that manages to rub shoulders with the likes of Brave, Onward and, yes, even The Good Dinosaur (Sorry, Cars 2 and 3). And if you're still wondering whether or not it's worth getting Disney+ Hotstar to watch it, I have only one thing to say to you,"Silencio Bruno!".

'Jupiter's Legacy' review: Superhero soap does not do right by its heritage

'The Mitchells vs. the Machines' review: Family friendly fun with the anti-Incredibles 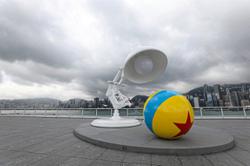