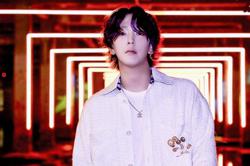 Han Ye-Seul (left) refuted the rumour, saying that she had never met Jennie (right) before. Photos: Han Ye-Seul/Instagram and Handout

K-drama actress Han Ye-seul has been facing scandal after scandal in recent weeks and has finally taken to Instagram to deal with them.

Over the weekend, the 39-year-old posted a photo of her leaning against her purple Lamborghini with the caption "I will talk about all the rumours soon. Please look forward to it" and then proceeded to respond to questions in the comments.

One of the burning questions was regarding an old rumour of her slapping Blackpink's Jennie.

This had allegedly happened after Han had broken up with boyfriend Teddy Park, a producer for the K-pop girl group, in 2016. He was later linked with Jennie although her management agency denied the rumours.

In Han's comment section, she flatly refuted the rumour, saying: "I have never met Ms Jennie before."

The model-turned-actress, best known for her role in K-drama Spy Myung-wol (2011), also addressed her new relationship.

In May, Han went public with Ryu Sung-jae, a former stage actor who is 10 years younger than her.

Allegations soon surfaced that he used to be a male escort and the scandal did not die down even after she refuted it.

When it was brought up again in the comments to her post, Han replied: "I have a lot of dating experience, but this guy is the real deal."

She added a heart emoji.

In reply to another commenter, she wrote: "I will protect my man."

Another rumour swirling around last week was that she had been caught taking drugs at Burning Sun, an infamous night club in Gangnam which had been at the centre of a sex scandal involving K-pop idols in 2019.

She had strenuously denied the allegation last week, saying: "I want more than anything else for the police and the prosecution to shed light on the (rumours) that I am at the centre of this enormous scandal. I cannot reveal everything about my personal life, but all of the points that I've said before, I vouch for them with everything I have."

In her Instagram comment section, the Burning Sun incident was brought up again and she replied: "There's beauty in patience. Please wait a little longer."

Han's new management agency, High Entertainment, which she joined on June 1, said that it would be taking legal action against those spreading rumours. – The Straits Times/Asia News Network