'Sweet & Sour' tells the story of a couple who embark on a long-distance relationship. Photos: Handout

New Netflix rom-com Sweet & Sour, directed by Lee Gye-byeok, begins with a cliched but popular question: Does love have an expiration date?

“When dating someone there are not just sweet and sour moments. There are also bitter moments. I wanted to show that realistic side in the movie,” the director said during an online press conference Tuesday (June 1).

Jang-hyuk (played by Jang Ki-yong) and Da-eun (played by Chae Su-bin) are a couple who embark on a long-distance relationship when Jang-hyuk’s company posts him to an office outside of Seoul. This takes a toll on their relationship: Jang-hyuk and Da-eun always end up quarreling when they meet in Seoul.

“Young people these days, they live a busy life compared to my generation. So I figured that their dating life is not easy. I tried to pick occupations that do have set rest days for protagonists,” the director said. “I picked (Da-eun to be) a nurse who works three shifts, and Jang-hyuk as a man who works hard to become a regular worker at a conglomerate.”

Chae said there was a scene with Jang that made her feel Da-eun’s sorrow. 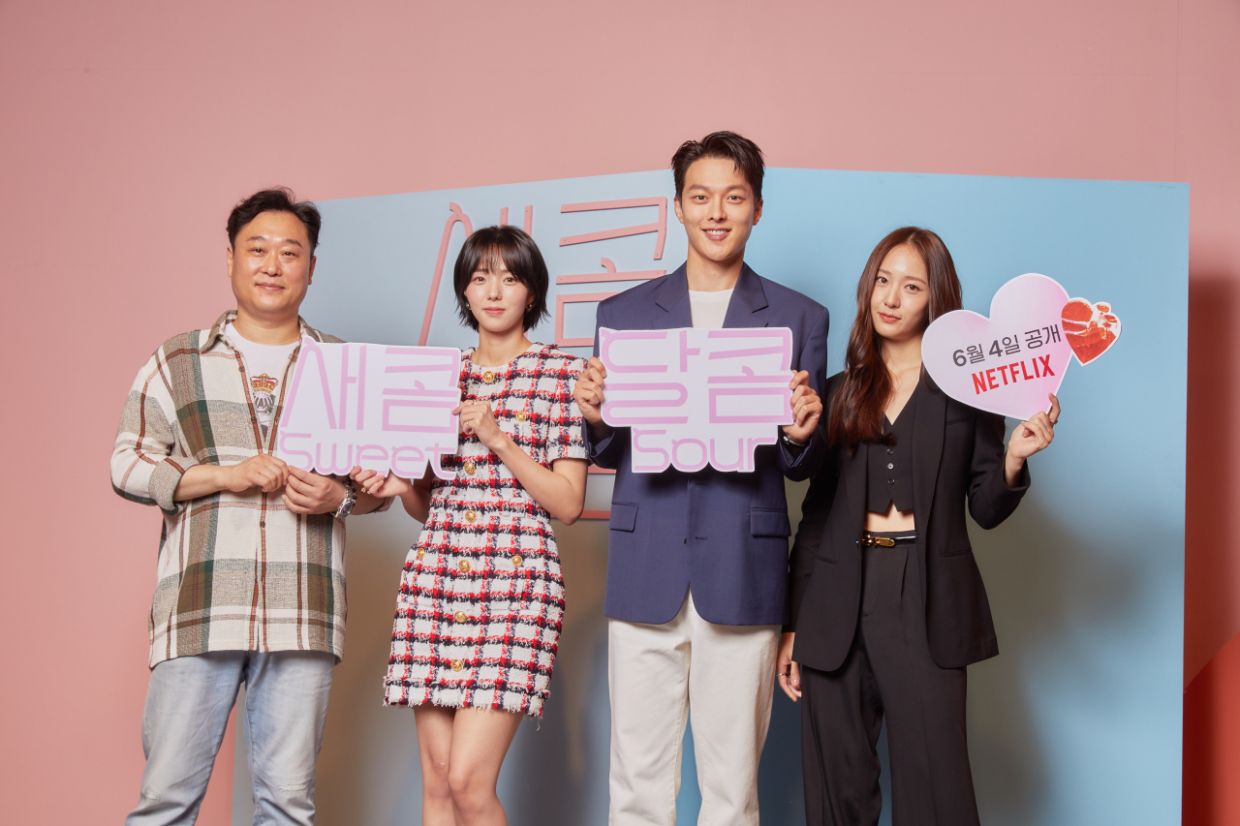 “There is a scene where the couple is lying down and Jang-hyuk takes the entire blanket to himself and wraps it around him. The scene made me feel alone and sad,” Chae said at the press conference.

“I think it is my fault,” Jang said, apologising to Chae for making her feel that way.

At work, Jang-hyuk struggles to become a regular worker, competing against Bo-yeong (played by Jung Su-jung). Working in the same office, Jang-hyuk begins to develop feelings for Bo-yeong, who is always straightforward.

“Bo-yeong knows that Jang-hyuk has a girlfriend, Da-eun, but still wants to get close to him. I did not want people to hate her for that. So I tried to show her charms as much as possible,” said Jung, more widely known as Krystal of K-pop girl band f(x).

The director also talked about the movie’s title - the same as the name of a popular chewy candy in Korea.

“When I was working on the script with my staff, there was a chewy candy named sweet and sour in front of us,” he said. “The candy is at first sour and sweet and then all of a sudden it melts away. And then you feel like having another one. I thought that is similar to the story that we are trying to tell.” – The Korea Herald/Asia News Network

Shop for Kbeauty at lower prices with Shopee Promo Code

Sweet & Sour will be released on Netflix on June 4.