Angelina Jolie, 46, filed for divorce from Brad Pitt, 57, in 2016 after two years of marriage and 12 years together. Photo: AFP

Brad Pitt has won 50-50 joint legal and physical custody of his five minor children with Angelina Jolie after a contentious legal battle with his ex-wife behind closed doors.

A private judge hired by the couple made the tentative ruling May 13, sources confirmed to the Daily News.

“The most important and only reason this went so far is that he loves and adores his children, and (he) is very happy with the outcome,” one source said. “Relieved is an understatement.”

The new ruling from Judge John Ouderkirk only applies to Pax, 17, Zahara, 16, Shiloh, 14, and 12-year-old twins, Vivienne and Knox. It does not affect the couple’s oldest son, Maddox, who is now 19.

Jolie said in court paperwork filed with California’s Second District Court of Appeal that she felt Ouderkirk “denied” her a “fair trial” and improperly excluded evidence “relevant to the children’s health, safety and welfare”.

She asked the appeals court to “stay the private judge’s finalisation of any custody order” as she pursues a different outcome.

Pitt’s lawyers responded in their own filing by saying the judge’s tentative ruling was based on “an extensive proceeding over the past six months” that was “thorough” and “fair, ” based on testimony from multiple experts and witnesses.

They argued that Ouderkirk’s “detailed tentative ruling and opinion” found that Jolie’s “testimony lacked credibility in many important areas, and the existing custody order between the parties must be modified, per Mr. Pitt’s request, in the best interests of the children”.

Any further delays “would only work grave harm upon the children, who will be further denied permanence and stability,” Pitt’s lawyer Theodore J. Boutrous, Jr, wrote.

The surprise move came days after a disputed incident aboard a private flight from France to California.

Sources previously told The News that Pitt argued with Maddox on the plane but did not physically harm the teenager.

The FBI and the Los Angeles County Department of Children and Family Services investigated the incident and other allegations but closed their cases without charges.

“Angelina continues to support the reconciliation of the children with Brad and remains focused on healing her family, ” a source close to the situation told The News in 2018. – New York Daily News/Tribune News Service 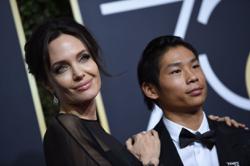