Superstar Chow Yun Fat may be not active on social media, but he is a frequent presence on the accounts of other Hong Kong celebrities.

The actor turned 66 on Tuesday (May 18), so it was not a surprise that the occasion would be marked by others.

One of the first to wish him happy birthday was actress Adrian Wong, daughter of actor Felix Wong, one of Chow's regular jogging mates.

On Monday, Adrian Wong, 31, posted a photo of herself with Chow. She wrote: "Happy birthday to Fat Gor in advance."

Wong, whose birthday falls on May 2, noted that both she and Chow are Tauruses. 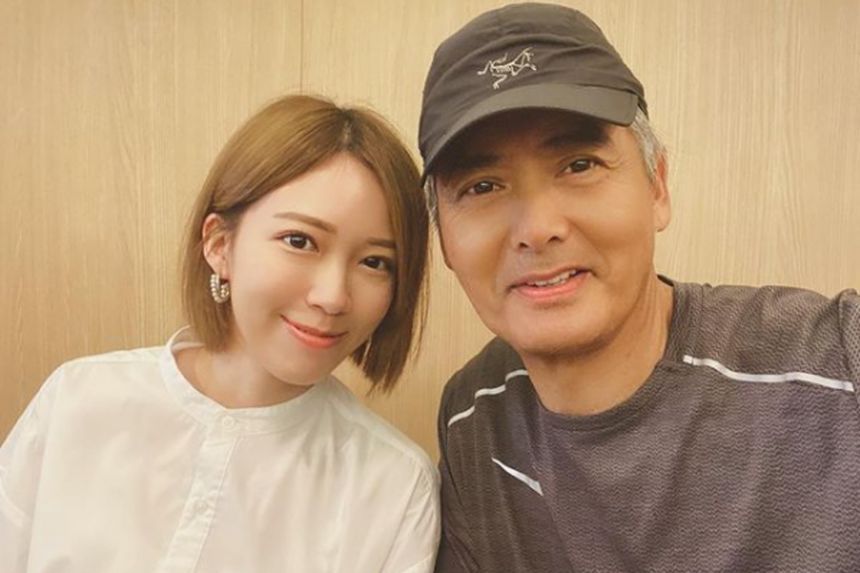 Meanwhile, veteran actress Louise Lee celebrated Chow's birthday on Tuesday with a big birthday card showing the caricatures of Chow and 15 of his jogging mates.

They include actors Michael Miu and Lo Hoi Pang as well as actresses Margie Tsang and Nina Paw.

On the card were the words,"Jogging every day. Go Go Go. Happy birthday to Fat Gor."

Lee, 70, disclosed in the post that the card was made by Miu's wife, actress Jaime Chik.

Chow has not been seen on the big screen since he starred in the crime thriller Project Gutenberg (2018) with singer-actor Aaron Kwok.

Chow's next movie is Be Water, My Friend, with the release date yet to be confirmed. – The Straits Times/Asia News Network