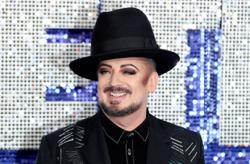 The stars of Hong Kong director John Woo's epic war movie Red Cliff (2008 and 2009) may soon be reunited on screen.

The 75-year-old is reportedly in talks with Chinese movie producer Liao Baojun on remaking the two-part movie into a major Web drama.

Woo is said to have held several meetings to discuss the remake, with hopes that the script will be completed by this year.

He is also keen to invite the original cast members such as Hong Kong actor Tony Leung Chiu Wai and Taiwanese actress Chiling Lin to star in the new drama.

Leung, 58, played Zhou Yu, the strategist from the Kingdom of Wu, while Lin, 46, played his wife Xiaoqiao in the epic movie.

It was based on the Battle of Red Cliffs in AD208, fictionalised in the 14th-century historical novel Romance Of The Three Kingdoms.

Woo is known for his action-packed crime dramas such as A Better Tomorrow (1986) and The Killer (1989) in Hong Kong.

He ventured into Hollywood later and has directed movies such as Face/Off (1997) and Mission: Impossible 2 (2000). – The Straits Times/Asia News Network

Britney Spears moves on from troubled past, focusing on her ‘fitspiration'