Dozens of Hollywood luminaries are condemning the recent surge in anti-Asian violence after several women of Asian descent were killed this week in shootings at Atlanta-area spas.

According to Atlanta authorities, Robert Aaron Long, 21, of Woodstock, Georgia, was arrested Tuesday night (March 16) and has admitted to shooting the victims.

“Please pay attention to what is happening,” wrote Crazy Rich Asians and Marvel star Chan on Instagram. “Racism and misogyny are not mutually exclusive. In fact, sexualised racial harassment and violence is something that many of us face regularly.

“We need to stop the dehumanisation of Asians. We need to stop the scapegoating of Asians for Covid. We need to unite against all forms of hate. Please spread awareness, check in on your Asian friends because we are not ok.. educate yourself and others on the model minority myth and the long history of anti-Asian racism.... Please don’t be silent.”

Star Trek actor Takei and comedian Cho were among many who urged others to recognize the attacks as hate crimes, pushing against Cherokee County Sheriff Frank Reynolds’ claim that Long’s actions “did not appear to be” motivated by racism.

A report released this week by Stop AAPI Hate found that 3,795 racially motivated attacks have been committed against Asian Americans since the beginning of the Covid-19 pandemic and concluded that the number is likely a fraction of the attacks that occurred, because many have gone unreported.

“Whether the killer went in with intent to kill Asian women or he just happened to go to three different Asian establishments, miles apart, with intent to kill those inside doesn’t change the racial nature of these murders, ” Takei tweeted, adding, “The best thing you can do today is to speak out against violence toward Asians in this country, especially if you yourself are not Asian.”

“I am so angry and full of grief because of what happened yesterday,” said Cho, who lived in Atlanta for seven years. “It is a hate crime. When you kill (six) Asian women, it’s a hate crime. I don’t know why that’s even a question. This is terrorism, and this is a hate crime. Stop killing us.”

Others who have spoken out include Agents of S.H.I.E.L.D. actress Chloe Bennet and To All The Boys I’ve Loved Before star Lana Condor, who pleaded with her followers to support and check in on their Asian loved ones.

“I’m actually so upset I don’t have much to say because, of course this happens,” Bennet wrote. “How could we expect anything else considering the racist rhetoric that has been enabled and f------ celebrated over the past year.” – Los Angeles Times/Tribune News Service 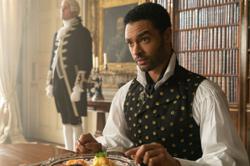 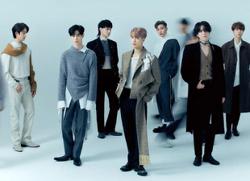