The Duchess of Sussex has told Oprah Winfrey that the Duchess of Cambridge made her cry ahead of her wedding.

Reports circulated ahead of the Sussexes' nuptials that Meghan left Kate in tears at Princess Charlotte's bridesmaid dress fitting.

Meghan said she was not sharing the information to be "disparaging," but added it was "really important for people to understand the truth".

"She's a good person," the duchess added.Meghan said Kate was "upset about some things and she owned it and apologised" and sent flowers. The Duke and Duchess of Sussex's interview by Oprah Winfrey is seen as a crisis point in the monarchy's troubled times as the acrimonious fallout from Megxit worsened. Photo: AP

In the first few minutes of the controversial primetime spectacle, former actress Meghan said: "I went into naively because I didn't grow up knowing much about the royal family."

She added of her royal role "I didn't fully understand what the job was."

She also said she and Harry were married by the Archbishop of Canterbury three days before their formal wedding ceremony.

The interview is seen as a crisis point in the monarchy's troubled times as the acrimonious fallout from Megxit worsened. –dpa 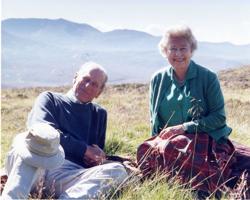 Fattah Amin wins Best Actor at World Film Carnival, Singapore
Love story between octopus and human nominated for best documentary Oscar
Mandopop star JJ Lin drops first English album; duets with UK's Anne-Marie
Michael Keaton to return as Batman in upcoming ‘The Flash’ movie
How celebrities are promoting vaccines on social networks
J.Lo was the one to end engagement over ‘too many issues’: report
Hilary Duff to star in 'How I Met Your Mother' sequel
Sasi The Don’s hit song ‘Anbe’ gets new lease of life internationally
Singer Wang Leehom is unrecognisable in new photo
Eww: Unwashed costume worn by BTS' Jimin up for auction