More audiences in China are choosing to watch local films instead of Hollywood fares. Photo: Reuters

With China’s box office takings expected to return to near pre-pandemic highs in 2021, the world’s largest movie market is becoming more attractive – and more tricky – for Hollywood studios.

Ticket sales from movie theatres in China, which has largely contained the coronavirus, may jump to 60bil yuan (RM36.3bil) this year, according to Rance Pow, founder of consultancy Artisan Gateway, closing in on 2019’s record haul of 64bil yuan (RM39.9bil).

By contrast, with outbreaks still raging, US cinemas may take in about a third of that tally, Wedbush Securities estimates, underscoring Hollywood studios’ growing dependence on the Asian country.

China overtook the US to become the top movie market last year, as the pandemic shut American film theatres for longer than their Chinese peers.

But the increasing reliance comes as Chinese viewers pivot to local language films, and show a greater sensitivity toward portrayals of China and its people in Western culture, amid simmering geopolitical tensions with the US.

Adding to the pressure on studios, a bilateral pact that required China to import a minimum number of American movies every year, has expired.

"China’s market is now central to any major release, ” said Aynne Kokas, a professor of media studies at the University of Virginia.

"Diminishing market share presents a worrying picture for Hollywood studios” that may have been relying on China to recoup blockbusters’ budgets, she said.

The share of foreign films, including those from Hollywood, slipped to 16% of Chinese ticket receipts in 2020 from 36% the year before, according to ticketing platform Maoyan Entertainment.

The legal framework for Hollywood studios to get their films into China has also become less certain.

An agreement with the US that saw China import at least 34 films a year expired in 2017 and hasn’t been renewed or renegotiated.

While the Chinese government has continued to allow American movies in, it could pull the plug on that access any time, particularly if it decides to use it as a diplomatic lever with new US President Joe Biden.

"The expiration of the US-China film agreement presents a serious challenge to Hollywood studios, ” said Kokas.

It’s unclear when the new US administration will be renegotiating this pact, given "the competing priorities they face in the relationship with China.”

"Chinese consumer sentiment toward anything American is at an all-time, modern day low,” said Chris Fenton, an American film producer and trustee of the US-Asia Institute. 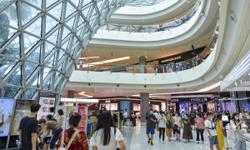