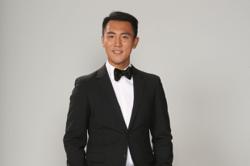 Fala Chen posted a photo on Instagram of three hands, presumably belonging to her, her newborn and her husband Emmanuel Straschnov. Photo: Fala Chen/Instagram

Former TVB actress Fala Chen, who has been pursuing a career in the United States, has given birth to a baby girl.

In a surprise Valentine's Day announcement, she posted a photo on Instagram of three hands, presumably belonging to her, her newborn and her husband, Frenchman Emmanuel Straschnov.

She also posted another photo of herself during her pregnancy, which she did not make public before this announcement.

"The past 10 months have been a wondrous journey, filled with unknowns, amazement, love, and lots of joy," she wrote.

The 38-year-old actress, who married Straschnov in 2019, added: "Our hearts are full as new parents, and we look forward to every day with this little lady."

She added a sweet hashtag, #mylittlevalentine.

Speaking to Hong Kong's Oriental Daily News, she revealed that her daughter, nicknamed Little Minnie as she was born at the tail end of the Year of the Rat, has dimples like her husband and that it was a natural birth.

Chen, best known for her roles in drama serials such as No Regrets (2010) and Truimph In The Skies II (2013), is based in New York and most recently appeared in HBO miniseries The Undoing with Nicole Kidman and Hugh Grant last year. She will star in the upcoming Disney Marvel film Shang-Chi And The Legend Of The Ten Rings next year.

"Thank you everyone for your blessings. I'm a first-time mummy, so I'm very busy," she said to the newspaper. "Hope there is a chance to see everyone soon." – The Straits Times/Asia News Network 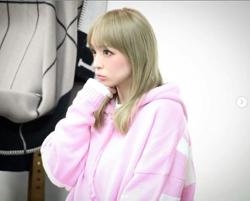